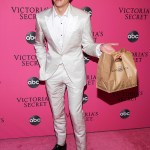 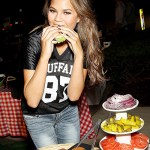 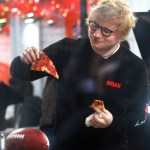 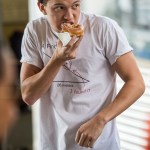 Happy National Fast Food Day! Just like us, celebs love to indulge in greasy and unhealthy foods every once in a while, and these photos prove it.

November 16 is National Fast Food Day, and in honor of the holiday, we’re checking out stars who’ve chowed down on fast food over the years. Even the fittest and slimmest stars like to indulge in some fast food sometimes! Every year after the Victoria’s Secret Fashion Show, the models post photos of themselves chowing down on burgers, fries and other goodies backstage. At the show in 2018, Dylan Sprouse helped his model girlfriend, Barbara Palvin, get a step ahead of the game by bringing her a whole bag of Shake Shack to eat right after the show. He even walked the red carpet with the bag of burgers!

Chrissy Teigen is another model who has no shame in gorging on fast food. At one point, she was even the face of McDonald’s dollar menu, and appeared in advertisements for the brand. She loves making home-cooked meals, but quite often, Chrissy is also showing off the fast food she’s ordered on Postmates! We love how unapologetic she is about everything she does, and this is no exception.

Ed Sheeran has shed a lot of weight since his start in the music industry, but every once in a while, he still likes to get his fast food fix. At one point, he was even caught chowing down on a slice of pizza at an event…and it looked amazing!

Kendall Jenner has also been photographed out and about with a bag of McDonald’s, as has Paris Hilton. There are plenty more where these came from, though — click through the gallery above to check out more stars eating fast food!