Brandon Marshall was a star NFL player for over a decade. He began his professional career in 2006 with the Denver Broncos, and he played for a wide variety of teams during his tenure in the league. During his career, he received a number of accolades, including playing in the Pro Bowl six times and at one time leading the league in receiving touchdowns. He retired from the NFL after playing his final season with the New Orleans Saints in 2018.

Brandon married his wife Michi Nogami-Marhsall  in 2010. The couple co-own his brand House of Athlete, with Michi serving as the Chief Creative Officer, while Brandon is the CEO. During their 12-year marriage, the couple have had three kids. Find out everything you need to know about their children here!

Brandon and Michi have kept very quiet about their entire family. The pair clearly value their privacy, and they haven’t shared many photos of their kids on social media. Brandon revealed that his wife had given birth to twins in 2015 in a now-deleted Instagram post, where he celebrated how dedicated she was to her fitness routine. He posted a now-deleted picture of Michi getting her workout on, where he revealed that she’d had twins. “My beautiful wife is not from this planet,” he wrote in the caption, via TMZ. “6 weeks post baby (×2) and she’s already at her pre baby (×2) weight. Her discipline with her diet and mutant genes has her #snapback game #CRAZY.”

While the pair have kept mum on the twins for the most part, Brandon did share a terrifying story about accidentally leaving one of his kids locked inside a hot car in February 2017. He took to his Instagram to reveal that he used a hammer to break a window and rescue his son, via Bleacher Report.

Even though the couple don’t share photos of their kids very often, Michi did post a silhouetted photo of the whole family to Instagram, taken while she was pregnant with her third child in April 2019. The picture featured Brandon leading the two children and Michi following behind while holding one of their hands while wearing a flowing robe. 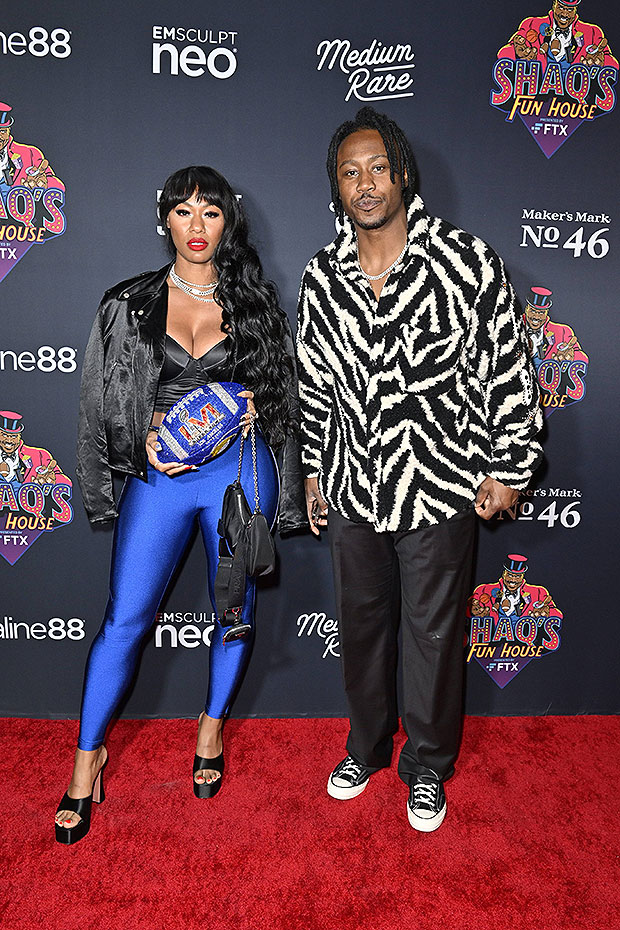 While the couple have kept their twins’ names secrets, Michi did make a post announcing the birth of their third child in April 2019, and she seemed to reveal that their name is Zö. “Welcome to Marshall island Baby Zö 7,” she wrote in the caption to the Instagram post. “We Love You.” While she didn’t make a formal pregnancy announcement, she did show off plenty of her amazing maternity looks on her Instagram. Michi has spoken about how important being a mom is to her. “I cover those kids, whether it be Tylenol Cold, or changing their diapers, or whatever the scenario it is. That is me covering them, and protecting them, and nurturing them, and loving them, and giving them the best possible start at life,” she once said, via Sports Gossip.