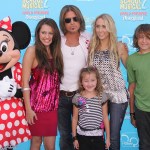 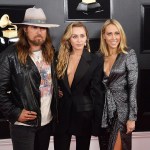 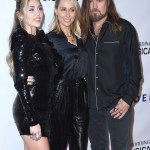 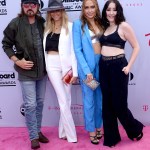 Miley Cyrus might be Billy Ray’s most well-known child, but the country singer is a proud dad to five other kids. Here’s everything to know about star’s other children, including rising artist Noah.

Billy Ray Cyrus is a multi-platinum selling country singer revered for his iconic mullet and hit songs, including “Achy Breaky Heart,” but to his children, he is simply dad. Perhaps you’ve heard of a few of them. The country star, 60, shares Miley, 28, Noah, 21, and Braison, 27, with his longtime wife Tish, whom he wed in 1993. He is also stepdad to Trace, 32, and Brandi, 34, whom Trish shares with ex-husband Baxter Neal Helson. Billy Ray also shares another son, Christopher Cody, 29, with ex-girlfriend Kristin Luckey, making the country star a father of six.

While on the red carpet at the 2015 Country Music Awards alongside daughter Brandi, Billy Ray gushed about his “creative” children when asked what he was the most proud of when it came to his kids. “I’m just proud they’re happy and that they’re doing what they love,” he told E! News. “All the kids are creative. They love writing songs, singing, and acting — and for me to see my kids be happy, that’s all I can ask for as a dad.” Below is everything to know about the country star’s “creative” kids!

Miley probably needs no introduction, but here is a brief one anyway: Billy Ray shares the singer, songwriter, and actress with wife Tish. She rose to prominence with her role as Miley Stewart/Hannah Montana in the 2006 Disney Channel sitcom Hannah Montana, which followed the life of a young teen who led a double life as a global pop star. Billy Ray starred opposite his daughter as her TV dad Robby Stewart throughout the entire series and its subsequent film. When the popular series came to an end in 2011, Miley forayed into music and film, releasing albums like Can’t Be Tamed, Breakout, Younger Now, and Bangerz. She has starred in films like The Last Song, LOL, and So Undercover. Her career now has an emphasis on music rather than films and TV. Miley released her most recent album Plastic Hearts in November 2020. The star has been busy headlining festivals and soon, a tour. 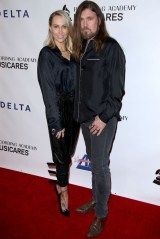 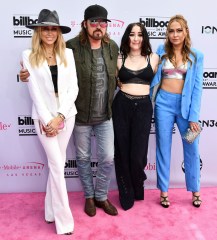 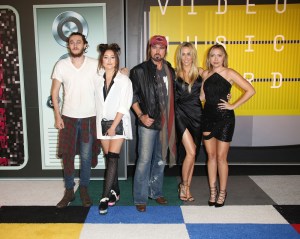 Billy Ray shares daughter Noah with Tish. Like her big sister, Noah is a singer, songwriter, and actress. She has voiced characters in the Disney Channel series The Emperor’s New School and the Hayao Miyazaki film Ponyo. These days, Noah has been cultivating her budding music career. She debuted her first single “Make Me (Cry)” in 2016 and has since released more radio hits. She has released three EPs (Good Cry, The End of Everything, and People Don’t Change) and one album (NC-17). The rising star has collaborated with notable musicians, too, including Leon Bridges and Labrinth. Noah was nominated for a Grammy at the 2020 awards for Best New Artist.

Billy Ray is stepdad to son Trace with Tish. Like his sisters, he’s a musician. Most notably, he was a vocalist and guitarist for the pop rock band Metro Station. The band, also composed of Mason Musso, Blake Healy, Anthony Improgo, and Kenny Bozich, was known for songs “Shake It,” “She Likes Girls,” and “Seventeen Forever.” In 2017, Trace went solo with his career, releasing the song “Lights Out.” The musician has been releasing music ever since. This year, Trace released a new EP titled Killing the Pain in July. Along with his music career, Trace previously made headlines for his relationship with actress Brenda Song. The longtime couple were even engaged. They split in 2012 after seven years together.

Billy Ray shares son Braison with wife Tish. No surprise here, but like his siblings, he’s a creative: more specifically, an actor and musician. He starred in the film Heels and has appeared in some of his sister Miley’s concert films, including Miley Cyrus: Live at the O2 and Miley Cyrus: Bangerz Tour. These days, his focus has been on his music career. Braison released a few songs, such as “Glass Between Us,” “I’ll Never Leave You,” “Heart is Gold,” and “Across the Great Plains.” In 2019, he wed his longtime partner Stella McBride. The happy couple welcomed their first child together this June, a baby boy named Bear Chance Cyrus. The singer will release his debut album Javelina in October 2021. Braison has been keeping busy these days with live performances at different venues in Nashville.

Billy Ray is stepdad to daughter Brandi with Tish. Like her siblings, she is also an actress and singer. However, her creative résumé slightly diverges from her musician brothers and sisters. She is also a DJ, TV host, podcaster, and writer. She is a co-host of Cyrus vs. Cyrus: Design and Conquer on Bravo, a reality interior design series with her mom Tish. Brandi also co-hosts two podcasts: Your Favorite Thing with The Bachelorette alum Wells Adams and Sorry We’re Stoned with mom Tish. She also runs the fashion lifestyle website Style Native.

Billy Ray welcomed his son Christopher Cody with ex-girlfriend Kristin. The country singer has rarely — if ever — spoken about him, making the details about one of his three sons a bit fuzzy. But it appears that he is not that different from his half-siblings. Christopher Cody has a SoundCloud account, where he is listed as a singer and guitarist for musical acts Slack Tide, SOÜP, and Cyrus & Wingate. Released songs include “Surf Break, “Alive,” and “Start it Over Again.” According to his IMDb page, Christopher composed music for the 2014 film Emociones.