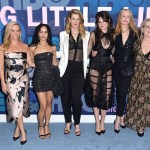 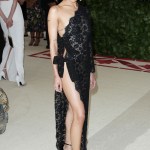 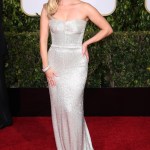 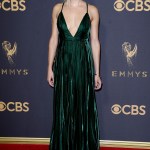 ‘Big Little Lies’ is back for season 2 — finally. In honor of the premiere, let’s take a look back at some of the hottest looks that Zoe Kravitz, Reese Witherspoon, Shailene Woodley, and the rest of the fierce ‘BLL’ ladies have rocked at events.

Your favorite TV squad is returning for another round of secrets and lies. Big Little Lies season 2 premieres June 9 with Reese Witherspoon, 43, Nicole Kidman, 51, Zoe Kravitz, 30, Shailene Woodley, 27, and Laura Dern, 52, reprising their roles. These ladies aren’t just fierce on the show, they’re fierce on the red carpet as well. Over the years, these talented and gorgeous actresses have slayed in sexy gowns, sheer dresses, hot outfits, and more.

Zoe, who plays Bonnie, loves to push the boundaries when it comes to fashion. She’s not afraid to show a little skin, too. At the 2018 Met Gala, she sizzled in a sexy lace dress with a thigh-high slit. She turned up the heat at the Big Little Lies season 2 premiere in a tiny Saint Laurent mini dress. Zoe switched things up at the 2019 Vanity Fair Oscars after-party in a sexy gold bikini top and black skirt.

He co-stars have had equally amazing red carpet looks. Shailene, who plays Jane, dazzled in a sexy sheer dress at the Big Little Lies season 2 premiere. She wowed on the red carpet at the 2017 Emmys in a plunging emerald green gown.

Reese, Nicole, and Laura have been fashion icons for a while now. Reese, who plays Madeline, looked like a silver goddess in a strapless sparkling gown at the 2015 Golden Globe Awards. Nicole, who plays Celeste, dazzled at the 2017 BAFTAs in a plunging black gown with silver embellishments. Laura, who plays Renata, looked like a queen in her black sequined gown at the 2018 Critics’ Choice Awards. Never underestimate the power of the Monterey Five on the red carpet.