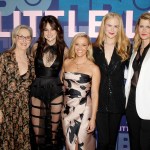 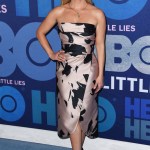 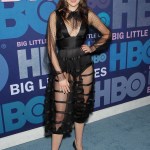 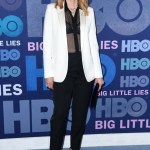 While their ‘Big Little Lies’ co-stars opted for sparkles and patterns, Shailene Woodley and Laura Dern showed a little more in sheer outfits that would have the whole town of Monterey talking.

The big day is here — Big Little Lies hosted the Season 2 premiere in New York City on May 29! The stars of the hit HBO show traded their Monterey-appropriate jackets for red carpet attire, and Shailene Woodley, 27, and Laura Dern, 52, especially stood out from the pack. The ladies teamed up in see-through outfits, as Shailene’s black leotard was on full display underneath a long mesh dress from Christian Dior, while Laura’s lacy bra made its presence known underneath a sheer blouse and white blazer.

Of course, there were honorable mentions — AKA, every one of Shailene and Laura’s co-stars. Reese Witherspoon, 43, was the definition of class in a strapless satin gown that featured a black contemporary print. Zoë Kravitz, 30, brought the fun in a sparkly mini dress with a large ruffle to the side, designed by Saint Laurent. Nicole Kidman, 51, also got the twinkle memo and donned a sequined black blazer from Michael Kors. And as always, Meryl Streep, 69, looked like wisdom and grace combined in a flowy chiffon dress with a bohemian print.

The BLL stars’ formal-wear drummed up even more anticipation for Season 2, which will finally premiere for everyone else on June 9. The trailer for the sophomore season dropped on April 14, and it gave a sneak peek of what show creator David E. Kelley has in store after the first season already completed the plot of Liane Moriarty’s novel. HBO’s adaptation was originally intended to be a miniseries, so changes are on the way — a new director, Andrea Arnold, is also taking over the job as director from Jean-Marc Vallée. Not everything is getting a shake-up, however, as Reese and Nicole are resuming their roles as stars/executive producers!

You can check out even more of the red carpet arrivals (ahem, Keith Urban) in HollywoodLife’s gallery above. The men pulled through as well, as Adam Scott and Alexander Skarsgård hit the blue carpet in dashing suits.