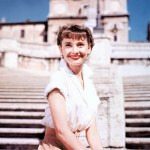 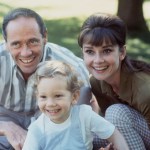 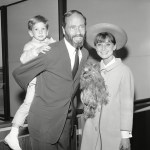 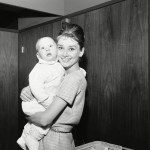 One of Hollywood’s biggest icons leaves a legacy of five grandchildren. Find out more about Audrey Hepburn’s kids and grandkids here.

Audrey Hepburn was an iconic Hollywood star known for her incredible roles, flawless style and tireless humanitarian efforts. Born in Brussels, she studied ballet and acting in England before moving to America where she found fame in 1953’s classic romantic comedy Roman Holiday. Her beauty and undeniable charm radiated off the screen in such films as Funny Face, Breakfast at Tiffany’s and Charade. Her work on stage would eventually land her the enviable status of an EGOT winner. Later in life, she spent most of her time with charitable works, which led her to being awarded the Presidential Medal of Freedom named in 1992, one month before she passed away from cancer at the age of 63.

The glamourous legend was first married in 1954 to her co-star Mel Ferrer, with whom she had son Sean Hepburn Ferrer. They divorced in 1968. She married her second husband, Italian psychiatrist Andrea Dotti, in 1969 and they welcomed a son as well, named Luca Dotti. The half-brothers would go on to give Audrey five grandchildren, although she passed away before the first was born. Keep reading to find out all about Audrey’s legacy.

Audrey’s first born was welcomed in 1960 while the family was living in Switzerland. Sean has worked in many areas of the movie-making world, including development, production, post-production and marketing, per IMDB. Although he didn’t follow his mother’s footsteps as an actor, he did take up her humanitarian spirit and founded the Audrey Hepburn Children’s Fund a year after she passed.

In 2020, he published a children’s book with his wife Karin Ferrer called “Little Audrey’s Daydream” to introduce the story of his mother to a new generation. While promoting it, he revealed what he thought Audrey would say about the current fascination with Instagram. “People say to me, ‘What do you think your mother would think about this new world with Instagram?’ And I pause and I just say, ‘Well, she really was the queen of Instagram because she was more photographed than anyone else,” he explained on Today.

Sean has a daughter, Emma Ferrer, who has been in the public eye with some modeling gigs and interview. Sean’s two sons, Gregorio Ferrer and Santiago Ferrer, live very private lives and little is known about the siblings.

Luca was born in Switzerland on February 8, 1970 and grew up to be an author. He has three books on the subject of his famous mother under his belt: Audrey in Rome, Audrey at Home: Memories from my Mother’s Kitchen and Audrey mia Madre.

Even though he has written extensively on the Oscar winner, Luca said he didn’t know she was famous while he was growing up. “I didn’t realize until after her death she was such an icon,” he said on This Morning in 2015. “When she was alive she was always caring about her charities and us. There was a big gap between her private life and public life.’

“When I was growing up there were movie stars coming to the house all the time but we weren’t aware they were famous, when they came over they were just introduced as her friends,” he added. “It was only later that I found out Julie Andrews was Mary Poppins, or who were Roger Moore was, they were just her friends.”

Luca is married to Domitilla Bertusi. The family lives in Rome and is very private, so little is known about their two children.

Emma is the first grandchild of Audrey, born to Sean and Leila Flannigan in Switzerland in 1994, a year after her grandmother’s death. She has dabbled in modeling, with her first cover shoot for Harper’s Bazaar September issue in 2014, per Page Six. Disappearing from the fashion scene soon afterwards, Emma went about studying art and worked as a gallery liaison in 2018. “I’ve always wanted to be on the art-making side, but I am drawn to everything that happens on the other side,” she told the outlet.

Although she never met Audrey personally, Emma revealed how she came to know her grandmother was one of the most famous actresses of all time. “Growing up, there were these two things going on at the same time: There was the way that I got to know her, that everyone else got to know her—which was through her movies and the iconography of her and photos—and then there’s this way that I’ve gotten to know her really uniquely which is through my father,” she told Harper’s Bazaar in January. “Understanding her more and more is still a work in progress today. I think now I’ve understood the level of fame, which even that took me a long time.”