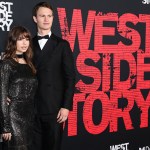 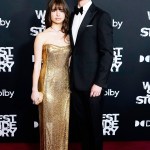 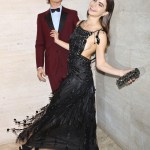 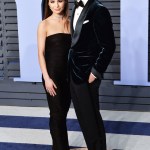 Ansel Elgort has been dating Violetta Komyshan on-and-off since high school, but he’s also been romantically linked to a few former co-stars in the past.

Ansel Elgort is one handsome fella. The 27-year-old American actor and singer has swooned fans thanks to his roles in films like The Fault in Our Stars, Divergent, and Baby Driver. Ansel’s latest big-screen project is West Side Story, which he stars in as Tony opposite Rachel Zegler‘s Maria. For the film’s premiere in L.A. on December 7, Ansel brought along his girlfriend Violetta Komyshan, 25. The couple looked so in love as they posed for photos together on the red carpet.

Ansel started dating Violetta in high school, though they broke up at least once during the last decade. When they weren’t together, Ansel was linked to women whose names should surely ring a bell. Below, everything you need to know about Ansel’s relationship with Violetta and the famous women that he’s been linked to.

Ansel started dating Violetta in 2012 while they were both students at LaGuardia High School in New York. Violetta, a Canadian native and ballerina, spoke to Cosmopolitan a few years ago about the start of their relationship. “I think he had his eye on me, because we were in the same lunch period or something,” she explained. “I was with my friend, and he was walking down the block. I didn’t even know he went to my school— I just thought he was really attractive. I looked at him and told my friend, ‘Oh my god, that guy’s so hot,’ and she’s like, ‘Oh, that’s Ansel, he goes to LaGuardia.’ Then he walked up to us and said, ‘What’s good?’ I thought he liked her! He waited for me [after school] the next day and told our friend to introduce us and I was like, ‘Okay, he totally liked me yesterday.’ Then I made her come with us to Starbucks. We exchanged numbers and became friends, and then we started dating when I was at the end of sophomore year.” 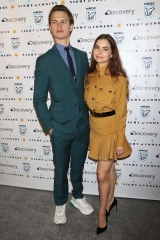 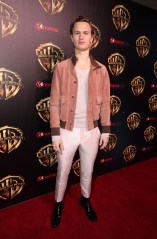 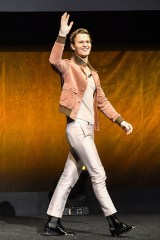 Violetta and Ansel were in a relationship until around 2014, which is when the actor blew up for The Fault in Our Stars. They broke up around August 2014 due to his busy schedule, according to reports. But by January 2015, they were back together. “I was doing okay. But I knew something was missing, and I was like, ‘Oh, that’s love,’ ” Ansel said in an interview. From there, the couple made public appearances together at basketball games and at the premieres of his films The Divergent Series: Allegiant (in 2016) and Baby Driver (in 2017). Violetta also appeared in the music video for Ansel’s 2017 song “Thief.” In March 2018, Ansel and Violetta walked side-by-side on the red carpet of the 90th Academy Awards.

In June 2020, Ansel was still dating Violetta when he was accused of sexually assaulting a 17-year-old girl in 2014, which he denied. Ansel said in statement, “I cannot claim to understand Gabby’s feelings but her description of events is simply not what happened. I have never and would never assault anyone. What is true is that in New York in 2014, when I was 20, Gabby and I had a brief, legal and entirely consensual relationship. Unfortunately, I did not handle the breakup well. I stopped responding to her, which is an immature and cruel thing to do to someone. I know this belated apology does not absolve me of my unacceptable behavior when I disappeared.” After this, Ansel and Violetta were not seen together for a long time, sparking breakup speculation. However, they confirmed the romance was still on at the West Side Story premiere on December 7, 2021.

In 2014, after his brief split from Violetta, Ansel was romantically linked to actress Shailene Woodley, 30. The pair had worked closely together as on-screen lovers in The Fault in Our Stars. They also played brother-sister duo Caleb and Tris in the Divergent films. In a 2015 interview with Seventeen magazine, Ansel insisted the two are only friends. “Me and Shailene have a really platonic relationship. I’ve never once wanted her sexually, which is nice,” he said. “But for me, if a person is someone I’m attracted to, and she’s my best friend, hopefully we’re dating.” In 2019, Ansel again talked about his bond with Shailene in an interview with The Times. “I love Shailene Woodley and we never had anything sexual and that was great. There will probably be some sort of chemical thing at some point that you can’t help, but you just have to be disciplined and not be a f***ing… We’re primitive beings.”

Shailene has never addressed her rumored romance with Ansel before. Currently, the actress is engaged to NFL quarterback Aaron Rodgers.

The other actress that Ansel was romantically linked to was Kaitlyn Dever, 24. The pair were rumored to be an item in 2014, which is when their film Men, Women, & Children came out. They played love interests Tim Mooney (Ansel) and Brandy Beltmeyer (Kaitlyn) in the movie. The pair never confirmed the rumored romance.