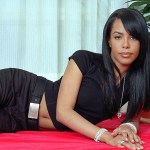 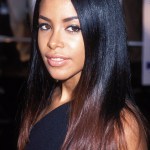 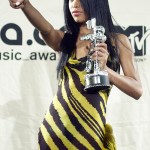 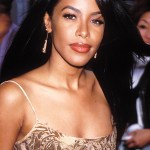 On Friday, August 20, 2021, Aaliyah’s fans woke up to a wonderful new day: her album, One In A Million, was finally available on streaming platforms. Considering the impact that Aaliyah had during her short life – she sold millions of records, influenced style and fashion, and helped define R&B’s sound in the 1990s — her absence on these platforms was a glaring omission. Now, thanks to some efforts behind the scenes (and ahead of the twentieth anniversary of her tragic death), Aaliyah’s discography has been given new life, allowing a whole new generation of fans to fall in love with “The Princess of R&B.” For those unfamiliar with her, and unsure why her music is now suddenly available, here’s what you need to know.

Born Aaliyah Dana Haughton on Jan. 17, 1979, in Brooklyn, New York. At age 5, her family relocated to Detroit, Michigan. From an early age, she found a love for music, performing in church choirs and at weddings. Aaliyah spent her youth traveling between New York and Detroit, thanks to her uncle, Barry Hankerson, an entertainment lawyer and music mogul credited with launching the careers of not just Aaliyah but R. Kelly, Ginuwine, Timbaland, and Missy Elliott, per Complex.

Barry had also been married to Gladys Knight. Thanks to her uncle, she auditioned for commercials and television programs and eventually competed on Star Search in 1989 as a preteen. Though she didn’t win the competition, she continued to sing and landed a five-night stint performing with Gladys Knight in Las Vegas when she was just eleven years old. With Aliyah’s parents giving permission, Hankerson began to manage her and signed Aaliyah to a recording contract with Blackground Records, his label that had a distribution deal with Jive Records. Hankerson also served as an executive producer on all of her albums, including her 1994 debut, Age Ain’t Nothing But A Number. The album marked the first time that Aaliyah worked with R. Kelly, who wrote and produced most of the songs on the album.

The working relationship turned romantic. R. Kelly was 27. Aaliyah was 14. The couple was secretly married on Aug. 31, 1994, but after Vibe published a story – including the alleged fraudulent marriage certificate that claimed Aaliyah was 18 – the marriage was annulled. Aaliyah denied the union, per Biography, and Hankerson, reportedly furious at the relationship, separated his niece from R. Kelly. Hankerson replaced him with emerging songwriting/production duo Timbaland and Missy Elliott for Aaliyah’s next album, One In A Million. The album went double platinum with radio hits “If Your Girl Only Knew” and the title track. Her third album, Aaliyah, arrived in July 2001. It went platinum twice, thanks to singles, “Rock The Boat” and “More Than A Woman.”

Aaliyah’s music also appeared on some noteworthy soundtracks in the 1990s. She recorded “Journey to the Past” for Anastasia and earned an Academy Award nomination for best song. “Are You That Somebody?” appeared on the Dr. Doolittle soundtrack. “Try Again,” from Romeo Must Die, would be the only one of Aaliyah’s songs to hit No. 1 on the Billboard Hot 100.

So, how did Aaliyah die? She was shooting the music video for “Rock The Boat” in the Bahamas when her plane crashed immediately after takeoff. The craft, carrying eight people and luggage, had been overloaded. An autopsy report discovered that the pilot, Luis Morales, had traces of cocaine in his system, and it was discovered that he had obtained his license by falsifying flight logs.

In the two decades since her death, Aaliyah’s legacy has only grown. However, outside of her first album, most of Aaliyah’s albums haven’t been on streaming platforms – until now. What changed?

Until August 2021, only her debut album, Age Ain’t Nothing But A Number, has been on streaming services. That’s likely due to the distribution deal with Jive, which is part of Sony Music. In 1996, Hankerson signed a distribution deal with Atlantic Records, which handles the rest of Aaliyah’s music. Complex pinned the blame on Hankerson’s many lawsuits (Toni Braxton and JoJo, who were both signed to Blackground, filed lawsuits against Barry Hankerson, alleging breach of trust, fraud, and other allegations.)

Aaliyah’s catalog is now being re-released through a partnership between Blackground Records 2.0 and EMPIRE. Blackground 2.0 is also overseen by Barry Hankerson. One In A Million arrived on August 20. Her Aliyah album will hit streaming services on September 10, per Rolling Stone, with compilations albums I Care 4 U and Ultimate Aaliyah scheduled for an Oct. 8 release date.

What Do the Fans Think?

Fans, both old and new, have been waiting for this to happen. When One In A Million dropped, it reached No. 1 on US iTunes, topped the US Apple Music R&B/Soul Albums chart, and her name charted on Twitter for hours.

Why Did It Take So Long to Have Aaliyah’s Music & Albums on Streaming Platforms?

There has been – and still is – a conflict between Barry Hankerson and Aaliyah’s estate, and that has been a major issue as to why Aaliyah’s music wasn’t available until now. After Aaliyah’s death, a grief-stricken Hankerson went into seclusion. Blackground stopped releasing music – which resulted in some lawsuits – and didn’t adapt to the rise of the mp3 or the streaming world. Sony, who had the distribution rights to Age, was able to get the music on streaming services.

There’s also the issue of Aaliyah’s family, per Billboard: ”Her older brother, Rashad, “was a close confidante on every major decision; and her cousin, Hankerson’s son Jomo, executive-produced each of her albums. Her mother, Diane — a singer herself when she was young — kept her daughter grounded and made sure she finished school, which she eventually did, graduating with a 4.0 GPA. After Aaliyah’s death, that began to come apart.” Hankerson began seeking a new distribution deal for Aaliyah’s music a year ago, after Aaliyah’s estate “made a cryptic announcement that ‘communication has commenced’ between the estate and ‘various record labels’ about finally getting her music online. (h/t The New York Times.)

Hankerson, through Blackground, owns Aaliyah’s recordings. However, in a Jan. 2021 statement, the estate released a statement saying it has “control” over Aaliyah’s “brand, legacy, and intellectual property (h/t Slate).

After the news of Aaliyah’s music hitting streaming services, the estate issued a statement (per Variety): “For 20 years we have battled behind the scenes, enduring shadowy tactics of deception,” the estate’s statement reads, “now, this unscrupulous endeavor to release Aaliyah’s music without transparency or full accounting to the estate compels our hearts to express a word – forgiveness,” but pledges to “continue to defend ourselves and her legacy lawfully.”

“Since the early 2000s, only Aaliyah’s first album ‘Age Ain’t Nothing But a Number’ has been available on streaming platforms because the right to distribute that record has been held by major record companies under contract with Aaliyah’s record label, Blackground Records,” the estate’s attorney said in a follow-up statement. “Other than that first album, virtually the entire remainder of her catalog, including many never released tracks, has been inexplicably withheld from the public by Blackground Records. Aaliyah’s Estate has always been ready to share Aaliyah’s musical legacy but has been met with contention and a gross lack of transparency.

“For almost 20 years, Blackground has failed to account to the Estate with any regularity in accordance with her recording contracts. In addition, the Estate was not made aware of the impending release of the catalog until after the deal was complete and plans were in place.  The Estate has demanded that Blackground provide a full account of its past earnings and full disclosure of the terms of its new deal to distribute Aaliyah’s long embargoed music.”

This bickering and clashing may have contributed to the delay. Hankerson, speaking to Billboard, defended himself. He also spoke about the dispute between himself and his sister, Aaliyah’s mother. “There was a conversation we had that she didn’t want the music out, and whatever my sister told me, I tried to do what she wanted me to do,” he said. “As a parent, I would understand if she did not want the music out. Because who wants to hear the voice of your daughter who’s gone? So when she said that to me, I said, ‘OK, we’re not putting it out. I don’t know when, but one day we will.’ We literally packed everything up and went on to something else.”

Twenty years after Aaliyah’s death, her music will finally be part of the modern landscape. The move will usher in a new generation of fans while reminding all – young and old – of the great talent that was lost. However, now Aaliyah’s voice will be heard once again, ensuring her legacy will last forever.