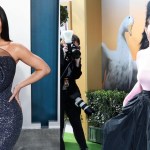 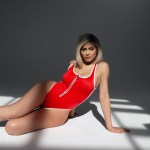 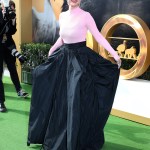 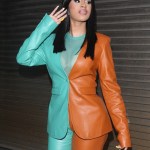 Since its inception in 2004, the Time‘s 100 most influential people list has curated the names of artists, politicians, innovators, icons and more who have left an indelible impact on various facets of the global culture. Over the course of the last 10 years, a number of famous faces have graced this issue of the magazine. Now, we’re taking a look back at some the youngest stars under 30 who have been included among the most influential people in the world.

One star, whose inclusion on the Time 100, shouldn’t come as a surprise at all is Kylie Jenner. The mogul, 23, earned the distinction of being included among 25 of the most influential teens in 2013. Since then, it’s only a matter of when Kylie will see her name in print once again.

The mogul and young mother has earned distinction time and again as one of the richest people in Hollywood. This year alone, Forbes named her the youngest self-made billionaire. Her lucrative business of lip kits, skincare and makeup, not to mention her time on Keeping Up With The Kardashians, plus partnering with brands for Instagram ads has turned the influential teen into a full-blown media and makeup mogul. Her name will definitely make the list again. One star who hit the list this year is singer Selena Gomez. The 28-year-old truly blossomed in her career this year. 2020 marked Selena’s triumphant return to the stage at the American Music Awards, and she debuted her most vulnerable album yet with Rare. Not only were these two accomplishments noteworthy, but Selena used her platform as a means of discussing her mental health, and encouraging younger generations to embrace their most authentic selves. Naomi Osaka made her second appearance on Time‘s 100 this year. The tennis star, 22, and burgeoning fashion icon has completely come into her own over the course of the last two years since making her center court debut in 2018, when she won the US Open. Since then, Naomi has become a three-time Grand Slam champion, winning this year’s US Open once again, and using her platform as an athlete to bring attention to racial injustice and police brutality.

These three stars are just a sampling of even more young famous faces who have become major influences in the last decade. To see more 30 stars under 30 who cracked the Time‘s 100 in the last decade, check out the gallery above!