Pete Davidson is ready for daddy duty! “My favorite thing ever, which I have yet to achieve, is I want to have a kid,” the 28-year-old comedian told host Kevin Hart in a sneak peek clip of his talk show, Hart to Heart. “That’s like my dream.”

The King of Staten Island star, who was just seven-years-old when his firefighter dad Scott Davidson died in the 9/11 attacks, recalled the pain of his early loss. “My childhood was not great,” he said in the clip. “Dad passed early, single mom [Amy Davidson], new sister [Casey Davidson] just did not handle it great—my sister was like 2, 3 years old. So, it was just like a f–king nightmare.”

The Saturday Night Live alum, who’s been coupled up with Kim Kardashian, 41, since October 2021, emphasized that he’s “definitely a family guy” during his chat with Kevin. “My family was just great, the whole time,” he shared. “And they were super supportive of me trying stand-up because they were just like, whatever makes you happy. So, definitely a family guy.”

The stand-up star, who’s been getting in lots of bonding time with Kim’s kids in recent months, told Kevin that he’s living his life with his future offspring in mind. “That’s kind of what I’m just preparing for now, is trying to be like, as good as a dude, and develop and get better, so when that happens, it’s just easier.”

Kira Mengistu: 5 Things To Know About The 'Bachelor In Paradise' Contestant 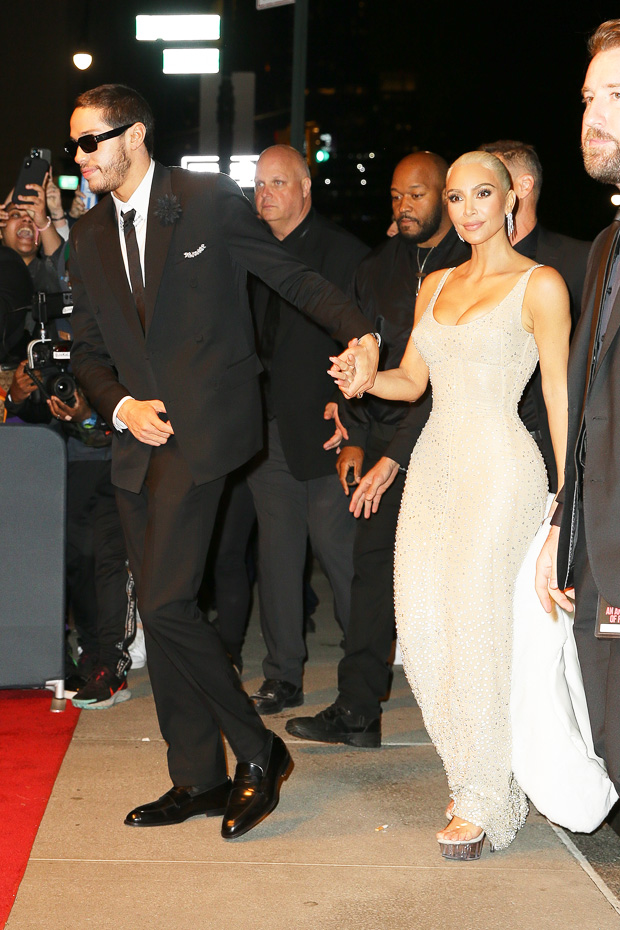 The candid sit-down also touched on how Pete’s early childhood tragedy impacted his career choice.  “I’m like, ‘If my childhood was fine, I’d probably be a construction worker in Staten Island and be the happiest guy ever,'” Pete told Kevin. “But that weird s–t that it does to you made me love comedy.”

As HollywoodLife previously reported, Pete and Kim have already talked about the “possibility” of having a baby together and a source EXCLUSIVELY revealed that the SKIMS founder hasn’t ruled it out. But, in the meantime, the comic is getting in plenty of practice with her kids North, 9, Saint, 6, Chicago, 4, and Psalm, 3.  Last month he even took a solo trip to Walmart with Saint and an eyewitness revealed how “comfortable” they looked together.

Related: Kim Kardashian’s Most Challenging Fashion Looks: From Daring To Wear A Diaper And Beyond