Brittany Matthews was an absolute vision when she walked down the aisle to marry Patrick Mahomes in Hawaii on March 12. The 26-year-old, who works as a fitness trainer, wore a beautiful dress on her wedding day. The long white gown featured flirty cutouts and silver sequin details, accented with a long, tulle veil! The stunning garment also included an attached long skirt to create a train and dramatic tiers at the back of the beautiful dress in the images shared to her Instagram. “Mr. & Mrs. Mahomes,” the photo of the pair walking down the aisle read.

Patrick and Brittany’s wedding has been many years in the making, as they have been dating since they were in high school. Despite going to different colleges — albeit both in Texas — Brittany and Patrick made their long distance relationship work and stayed together. They got engaged in September 2020 while she was pregnant with their first child. The lovebirds announced the pregnancy just weeks after the engagement, and Brittany gave birth to a baby girl, Sterling Skye Mahomes, in Feb. 2021. 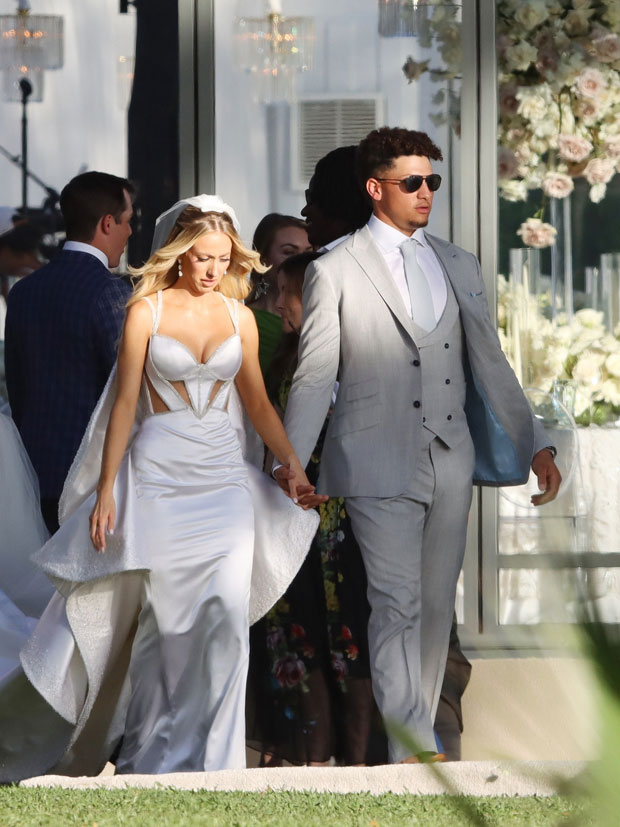 Sterling’s birth came shortly after the end of Patrick’s 2020 football season, so Brittany was able to be back in the stands when the 2021 season began in September. Of course, she was a staple in the crowd during Patrick’s playoff run with the Kansas City Chiefs earlier this year. When the Chiefs won a huge game to make it to the AFC Championship, Brittany didn’t hold back her excitement as she sprayed champagne on the fans in the stands below her. 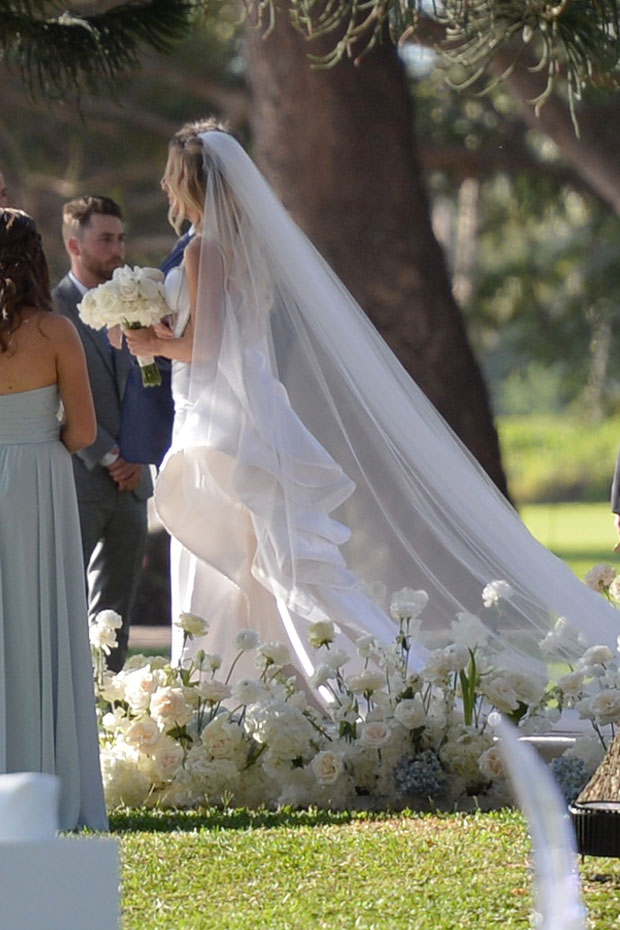 Although she received some backlash for the move, Brittany has never been shy about clapping back at any criticism. “I just wish I could do what I wanted without getting attacked every week,” she tweeted at the time. Luckily, any drama seemed far from her mind on her wedding day to Patrick, which looked like the most picture-perfect occasion!