Jennifer Lawrence, 31, is a mom! The Hunger Games alum welcomed her first child with husband Cooke Maroney, 37, according to a new report by TMZ. The news outlet claims to have obtained public records confirming the baby’s birth, but HollywoodLife has not independently verified this information. We have, however, reached out to the couple’s reps for comment. 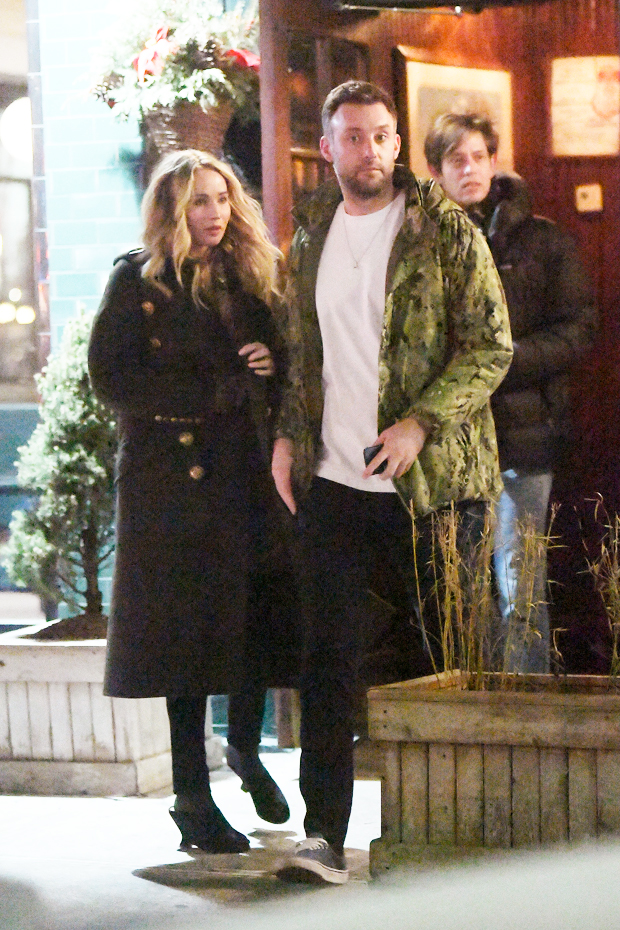 Jennifer Lawrence is a mom! Image: Elder Ordonez / SplashNewsA rep for the actress first confirmed the pregnancy news in September 2021, and the following day, the first photos surfaced with her baby bump front and center. Jennifer was wearing floral overalls for the casual outing, which put her growing belly on display. The announcement came almost two years after the couple married in a sweet ceremony in Newport, Rhode Island. The intimate, 150-guest wedding, which took place in October 2019, included a star-studded roster of celebrity guests including Kris Jenner and Corey Gamble, Emma Stone, Amy Schumer, Adele, Nicole Richie and Joel Madden, Cameron Diaz and Benji Madden, Sienna Miller, and Ashley Olsen.

Guests partied the night away at the stunning Belcourt of Newport, a historic beachside mansion which was inspired Louis XIII’s Palace of Versailles. Jennifer stunned in a Dior wedding gown, which came as no surprise as she’s been the face of the fashion house since 2012. As fans would recall, her love story with Cooke began in June 2018 after they were reportedly set up by her best friend, Laura Simpson. Cooke, the director of New York’s Gladstone art gallery, popped the question just eight months later.

He husband is the director of Gladstone64, an art gallery located in New York City’s Upper East Side neighborhood. Prior to his current post, he worked at NYC’s Gagosian gallery, another esteemed name in the art community. “He’s definitely respected. He’s not a big player, but he’s a player,” a contact from the art world told The Cut. “I’d say he understands what good art is, as opposed to a lot of art dealers who just like to go to parties and do deals.” Congratulations to the happy couple on their growing family!