After Kim Kardashian‘s ex Kanye West released a new track, “Eazy,” which talked about beating her new flame Pete Davidson‘s “a–,” fans wondered about how Kim felt about the ordeal. “Kim doesn’t think that Kanye is doing himself any favors by bashing Pete. If anything, it’s only making them grow closer because Pete’s sympathizing with Kim throughout this ordeal,” a source close to Kim revealed EXCLUSIVELY to HollywoodLife.

“Kim figured by divorcing Kanye that there would be some distance between them. But Kanye is trying to spend more time with Kim than they did when they were married. She just thinks Kanye wants what he can’t have and she’s not paying any attention to it.”

In addition, another source shared with us that Kanye was “clearly trying to get a reaction out of Kim or out of Pete,” but Kim is smart enough to tell her new beau to “leave it alone” and not react. “She knows that staying silent is the best way to deal with this because, ultimately, Kanye will unravel on his own,” they shared. “She doesn’t want her, or her relationship with Pete, used as part of Kanye’s victim party. Pete isn’t scared of Kanye at all and, if this were any other time, he would use SNL to fire back at him. But because Pete respects her, he is not going to say anything about this – at least not right now,” they shared. “The only thing that Kim wants from Kanye is for their divorce to be finalized and for a clean break.” 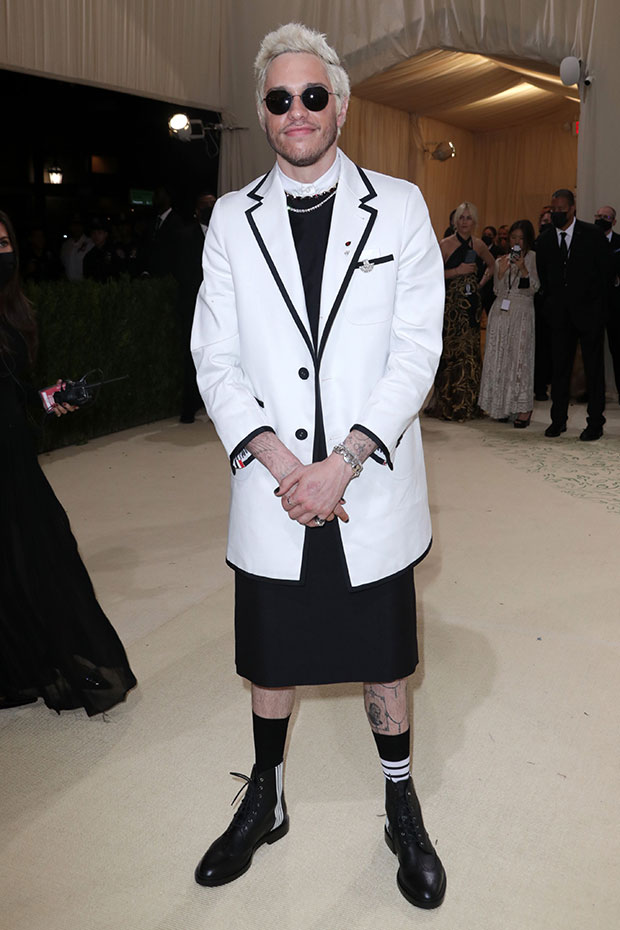 Lucky for Kim, her new boyfriend is definitely on her side and unwilling to fan the flames of the feud. “Pete is going to take the high road when it comes to dissing Kanye in a stand-up act or SNL,” another insider also revealed to HL. “He may eventually talk about it in a interview down the line but right now the way the relationship is going with Kim and the way his career is going he is not going to latch on controversy if he doesn’t have to.”