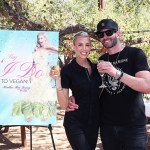 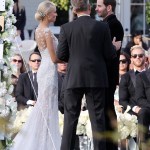 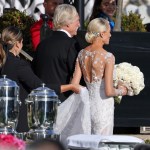 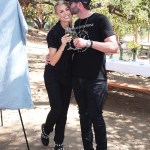 Heather Rae Young reveals how her ‘love’ for being a stepmother to Tarek El Moussa’s children has possibly led to having kids of her own.

Heather Rae Young “loves being a stepmom.” So much so, that the Selling Sunset star and her husband Tarek El Moussa, 40, have discussed having children of their own together. The 34-year-old reality star spoke EXCLUSIVELY with HollywoodLife and explained how being a stepparent to Tarek’s kids — a daughter, Taylor, 11, and a son, Brayden, 6 — led to her possibly wanting kids of her own.

“We don’t know how life’s going to shift and what the future holds,” the former Playboy Playmate of the Month said. “When we first met, we both had said ‘no’ to having children. And, you know, obviously as my love grew for the children and I fell into this amazing position as a step mom — I just I love being a stepmom, I love being a mom, I love raising children.”

“And so more recently I have started thinking about having one of my own,” Heather confessed. “I brought it up to Tarek and at first we talked about it and so we’re on the same page. We are planning on possibly having a baby in the future but right now I am going through egg freezing. I’m doing the second round of egg freezing.” 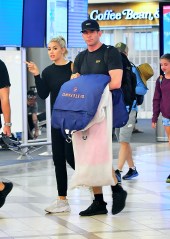 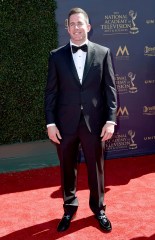 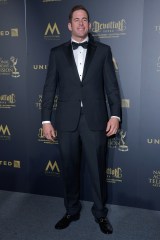 The blonde beauty continued, “We have talked about freezing embryos, putting embryos aside and then we would like to try natural this year. I think I’m pushing it a little bit more than Tarek but, you know, we don’t know what the future is going to hold but yes, sometime in the future we would like our own.”

Tarek and Heather tied the knot on Oct. 23, 2021 at a Santa Barbara hotel after two years of dating. The newlyweds recently returned home from their three-week honeymoon to the Maldives (with three days in Dubai). When asked how they’re settling into married life, Heather said, “We were actually looking back the other night because time flies by so we actually went back in our phones and looked at all the photos from the wedding. Up until the New Year, we did have such a whirlwind life after the wedding. I finally feel like we are settling back in. Like, this is our first week.”

Since saying their ‘I dos’ Tarek said being married to Heather has been “absolutely incredible.” He said, “The wedding was just magical. The honeymoon was the most romantic place you could ever think of and honestly since saying ‘I do’, like we’ve just become closer as a family. We’re working as a unit. We’re setting big goals. And we’re really working on setting us up in our family for the rest of our lives together. We are enjoying every single moment of it and we couldn’t be more excited.”