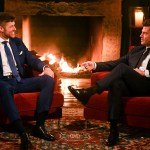 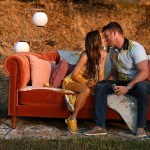 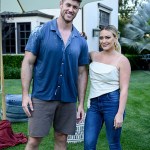 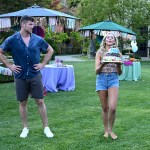 Cassidy got a group date rose on ‘The Bachelor,’ but after her shocking secret was exposed to Clayton, he considered taking it back.

Cassidy Timbrooks‘ relationship with a man back home threatened to send her packing on the Jan. 10 episode of The Bachelor. Cassidy was one of the women on Clayton Echard’s first group date of the night. She and the other ladies helped Hilary Duff plan a kids’ birthday party. However, Cassidy quickly made it clear that she was much more interested in spending alone time with Clayton than she was in participating in the tasks she was given. “Screw the kids,” Cassidy said. “I can’t wait to be bumping shoulders with Hilary Duff next to my man Clayton.”

While the other women helped set up the party, Cassidy only had her eyes on alone time with Clayton. She ditched her assigned task and pulled Clayton aside to talk. “I’m here to date Clayotn,” she insisted. “I’m not here to build a dollhouse, I’m here to build a relationship.” During their one-on-one time, Clayton and Cassidy made out. Meanwhile, the other girls started to get pissed at Cassidy stealing all of Clatyon’s time.

Later on, Cassidy continued to ignore the children to have a conversation with Hilary. The kids and Hilary all saw right through her. “I understand what Cassidy’s doing,” Hilary admitted. “She has her eye on the prize. I don’t think it’s going to make her any friends here, but I’m not sure she cares.” At the end of the day, Cassidy once again pulled Clayton aside for a make-out session, further angering the other ladies.

'The Bachelor' Season 26 Cast: Photos Of The 31 Gorgeous Women On Clayton Echard's Season 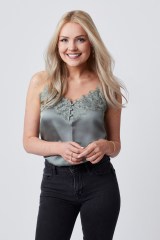 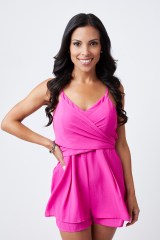 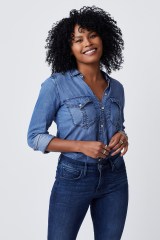 During the nighttime portion of the date, Cassidy announced that she was confident she’d be getting the group date rose. Some of the other women confronted her with their concerns about her behavior on the date, but she continued to defend her actions. “The girls are coming at me about streamers and cake as though that means anything in this,” she ranted. “I have not done anything wrong. I’ve done everything right, in fact. I’m focused on my connection with Clayton. I won’t be apologetic for me and Clayton having good chemistry and not being afraid to go for what I want. They’re threatened by me and they should be.”

Clayton had a ton of great conversations with the women on the group date, but in the end, he gave Cassidy the group date rose, which only made her more cocky. “Cassidy, you’ve shown that you are here for me, and also opening up tonight, that meant a whole lot to me,” Clayton said, as he gave Cassidy the rose. He explained that he loved how Cassidy took initiative throughout the day. Needless to say, the other ladies were not happy.

It wasn’t long before Cassidy’s cockiness caught up with her, though. Later in the week, Cassidy opened up to Sierra Jackson about a friends with benefits relationship that she had going on back home. She revealed that she had been hooking up with her “younger” man friend on and off for years, and even revealed that he had FaceTimed her the night before she met Clayton on The Bachelor.

Sierra took it upon herself to fill Clayton in on the situation. “Obviously Clayton like Cassidy, but Clayton needs to know who she really is,” Sierra explained. “She’s a little snake. Earlier today, Cassidy told me she has a f*** buddy back home.”

During the cocktail party, Sierra told Clayton what was going on. “Cassidy is not entirely the person that you think she is,” Sierra said. “She has a friends with benefits that she’s had for a long time. She was FaceTiming him right before she met you. And she was letting him know, ‘I’m going to me MIA for a little,’ and apparently he said back to her that he wanted to do nasty things with her when she got back. So obviously she’s not here for you and to have love with you.”

Clayton was speechless and had to take a moment away to consider what was happening. “I’m shocked,” he revealed. “Having a woman here in the house that potentially has a man on the side, that’s pretty unsettling to her that. I’m here to find love and you’re one of three people this week who has a rose, so that’s really special. So for this to be something that’s coming up now and knowing I told you I’m looking for something serious is a big shock. One of my biggest fears is being rejected. The last thing I want to do is fall for somebody and she’s playing me. This certainly is a worst case scenario.”
Then, Clayton called host Jesse Palmer over, and asked him, “Has anyone ever taken a rose back before?” The look of surprise on Jesse’s face was unmistakable. We’ll have to wait until next week to see if Clayton goes through with it, though!