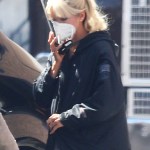 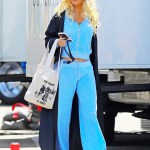 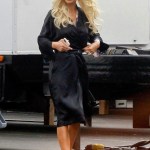 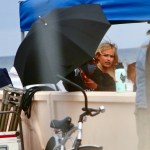 For Lily James, 32, playing the iconic Pamela Anderson required an iconic transformation. From the breathy voice to the bust to the iconic blonde hair, Lily is unrecognizable as the bombshell in a trailer for the series…and according to her, embodying Pamela’s look was “freeing.”

Lily told Porter that before taking on the iconic role, she’d “never done anything where I look very different from myself before,” and “never worked so hard” to prepare for a film. But after this experience, she said she’s excited to continue seeking out similar roles, sharing that the transformation made her feel brave. “Slowly, our incredible team found a balance where I resembled Pamela but also felt like I could act through it,” Lily said.

To become the iconic sex symbol, Lily regularly spent three to five hours in hair and makeup before filming, receiving a fake tan, coiffing a platinum blonde wig and being fitted with a prosthetic bodysuit. Barry Lee Moe, hair department head for Pam & Tommy, told Variety Lily donned 25 different wigs to play Pamela. But the actress said the extensive costume was far from a hassle; in fact, she said she “hated” taking it off. “It was like being stripped of all these superpowers!” Lily said. 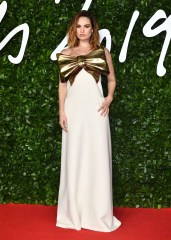 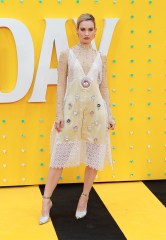 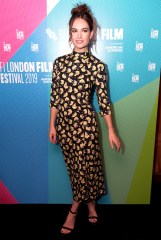 Pam & Tommy, set to premiere on Hulu, follows the real-life whirlwind romance between Pamela Anderson & Tommy Lee, played by Sebastian Stan. The limited series will center on the couple’s infamous sex tape, which was shared online in 1997 after it was stolen by an angry contactor (played by Seth Rogen.) Sebastian, 38, went through quite the transformation himself for the role, looking unrecognizable as the pierced and tattooed Motley Crue drummer.

Although Lily described her experience on the show as “really thrilling,” there is one thing she would change. The actress said reached out to Pamela Anderson before production began, but was never able to speak with her. Lily said she had been hopeful Pamela would be directly involved in telling the story. “I wish it had been different,” Lily said.

Pam & Tommy will premiere with three new episodes on February 2nd. After that, new episodes will of the series will stream weekly on Hulu.