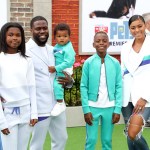 ‘The Man From Toronto’ is a comedy action film starring Kevin Hart, Woody Harrelson. Here’s everything to know about the upcoming release.

Kevin Hart, 42, and Woody Harrelson, 60, are teaming up for the ultimate buddy flick of the season! The pair will star together in The Man From Toronto, an upcoming action comedy directed by Patrick Hughes set for release on August 12, 2022 from Sony Pictures Rising. Although the action-packed film has had a rough go at production due to the ongoing COVID-19 pandemic, filming wrapped in Dec. 2020 and its cast and crew are eager for the public to experience the story of a comedy of errors-esque Airbnb stay where mistaken identity leads to “save the day” action.

Find out more below concerning the movie’s production details, who’s all joining the two leads, and what the fun flick is all about.

The Man From Toronto has unfortunately faced a series of setbacks due to the ongoing COVID-19 pandemic. After going into pre-production mode, the action comedy flick was set to begin filming April 2020 in Atlanta. We all, of course, know what happened next, as the pandemic thwarted the plans for filming and continued to push back production dates. The movie began filming in its namesake location in Oct. 2020 and wrapped in December that year.

The original release date was for fall 2021, but it was pushed back to Jan. 14, 2022 only to be skipped further down to road to August 12, 2022. Although the cast is likely anxious for the film to be shared with everyone, they’ve posted behind-the-scenes snippets to give fans a little taste of what’s to come. “So thankful for the opportunities that have come my way,” Kevin shared in an Instagram post posing with co-star Woody back in Oct. 2020, when the crew began filming. “[B]een a fan of this mans work for years….now he’s my Co Star!!!! God is good.”

‘The Man From Toronto’ Cast & Crew

In Jan. 2020, it was announced Jason Statham was going to star alongside comedian Kevin Hart, although in March, the actor abruptly left the project six weeks prior to filming due to a clash with producers over the overall tone of the film. Kevin, however, remained on the project (as Randy, the “Man from Toronto”), and producers subsequently brought on Woody Harrelson as Graeme, the assassin.

The movie stars are also joined by Kaley Cuoco as Maggie and Ellen Barkin and the cast is rounded out by Pierson Fodé as the “Man from Miami,” Jasmin Matthews, Lela Loren, Kate Drummond, and Tomohisa Yamashita.

‘The Man From Toronto’ Plot

The script, written by Robbie Fox (So I Married an Axe Murderer), from a story by Fox and Jason Blumenthal, revolves around a case of mistaken identity when a “screw-up” from New York is forced to work with an assassin after the two are confused for each other while staying at an Airbnb, per Deadline. Unfortunately, at this time the studio has yet to drop a trailer for the flick, so not much more about the plot and the details therein are known, but with this cast, we’re sure it’ll be a good one!