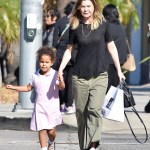 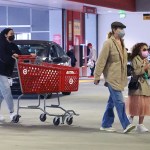 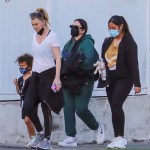 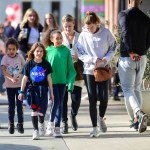 The ‘Grey’s Anatomy’ star seemed like she had a great day with her two daughters, while they enjoyed a low-key Target run.

Shopping is definitely a great way to spend a mom and daughters bonding day! Ellen Pompeo, 52, was joined by her two older children Stella, 12, and Sienna, 7, on a shopping trip on Tuesday January 4. The mother of three brought her two girls along with her to Target in Los Angeles. Ellen and her girls were seen walking out of the store in the parking lot, after picking up a few things from the store.

Ellen and her younger daughter wore matching brown coats, as they headed out of the store. Ellen sported a pair of blue jeans, a gray face mask, and a brown cap to complete her outfit. Sienna was wearing her jacket over a light pink dress. She also wore a pink mask and a pair of shades for the shopping trip. Stella rocked a black sweatshirt, which matched her face mask and a pair of jeans as she pushed a shopping cart. The only child that wasn’t with Ellen for the Target trip was her five-year-old son Eli Christopher. She shares all three kids with her husband Chris Ivery, who she’s been married to since 2007.

It’s clear that the actress has a close bond with her three kids, and she’s joked that she’s their “personal assistant” in her Instagram bio. Of course, other than being an awesome mom, Ellen is most well-known for playing Dr. Meredith Gray in the medical drama Grey’s Anatomy, but when the show eventually ends, she may not focus on acting as much anymore. She hinted that she may stop acting after the show ends in an August 2021 interview on the Ladies First with Laura Brown podcast. “I’m not saying I’ll never act again, I very well may, but I’m not super excited about continuing my acting career,” she said. “I’m excited about investing in businesses, and starting business. That’s an area of growth that I’m excited about, using my brain in a different way.” 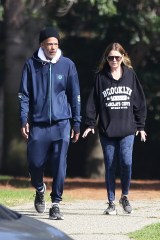 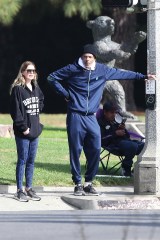 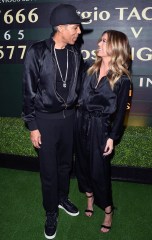