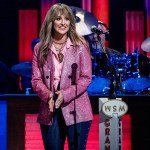 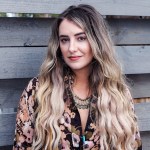 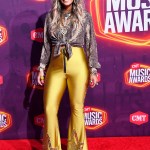 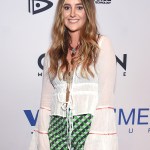 It’s one fun looking party in King Calaway and Lainey Wilson’s new music video for ‘Good Time To Me’ — and HL has the EXCLUSIVE premiere right here!

King Calaway and Lainey Wilson have finally released the visualizer for their duet, “Good Time To Me.” HollywoodLife is EXCLUSIVELY premiering the video for the song, which is featured on the group’s EP, Midnight, released in August. The video begins with the guys rocking out onstage in a bar to the feel-good tune. When Lainey comes in on the second verse, she saunters onstage to join them.

The rest of the footage shows the rising country star having a great time performing with the King Calaway guys. While the band rocks out on their instruments, Lainey isn’t shy about showing off her dance moves. The songs is nothing but fun, and the performance in the video definitely matches the vibe.

“We were instantly drawn to this song when we heard the demo,” King Calaway told HollywoodLife EXCLUSIVELY. “It’s a band song that has so much energy and we knew it would rock. Once Lainey laid down her vocal, it took on an extra level of power. We’ve been friends with her for a long while and the first time we hung out was at a honky tonk on Broadway [in Nashville], so it made sense to sing a song with her about a night on the town!”

King Calaway is comprised of Caleb Miller, Chris Deaton, Simon Dumas and Chad Michael Jervis. The guys have been making their mark on the country music scene, releasing their debut album in 2019, followed by the Midnight EP in 2021. For the past year, the group has been immersed in songwriting to add a “more organic feel to their signature sound,” and it shows on the four-song release.

Meanwhile, Lainey recently received her first No. 1 song with “What A Man Oughta Know.” Earlier this week, she performed on the CMA Country Christmas special, as well. It’s definitely nothing but a good time with these two artists, and it looks like the best is only yet to come!