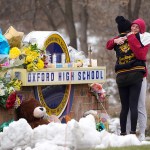 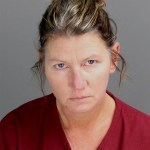 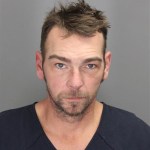 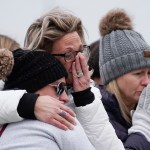 The sophomore from Oxford High School opened fire at the school on Nov. 30, killing four students and injuring seven others, including a teacher.

(UPDATE: 12/3/21 AT 12:55 P.M.): Involuntary manslaughter charges were brought against the parents of Ethan Crumbley on Dec. 3. Prosecutors in Michigan made the charges, claiming the parents purchased the handgun that was used to carry out the shootings as a Christmas gift, according to the New York Times.

Ethan Crumbley, the 15-year-old student who shot and killed four students and injured seven others at Oxford High School in Oxford, Michigan on Tuesday, was charged as an adult on Wednesday. He is being charged with one count of terrorism, four counts of first-degree murder, seven counts of assault with an intent to murder, and 12 counts of possession of a firearm while committing a felony in connection with the school shooting, according to FOX 2 Detroit.

The four victims of the horrific shooting were identified as Tate Myre, 16, Madisyn Baldwin, 17, Hana St. Juliana, 14, and Justin Shilling, 17.

Crumbley was expected to be arraigned on Wednesday and Oakland County Prosecutor Karen McDonald reportedly said that more charges could come as the investigation continues. Although she explained that the shooting did not seem impulsive, she didn’t further elaborate. “There is a mountain of digital evidence,” she said, according to the outlet. “We are confident it was premeditated.”

McDonald also confirmed that charges against Crumbley’s parents are also being considered after Oakland County Sheriff Michael Bouchard said the gun used in the shooting, which allegedly was a 9 mm semi-automatic handgun, was purchased by Crumbley’s father just four days before. Bouchard also said the pistol was a Sig Sauer 9 mm and Crumbley had two 15 round magazines for it with a possible third magazine, the outlet reported. There were allegedly seven bullets in the gun at the time deputies stopped Crumbley and at least 12 fired rounds were allegedly recovered at the school.

The shooting prompted over 100 calls to 9-1-1 and led to deputies arriving at the school in three minutes. Once they arrived, they captured the suspect and put him in custody. “We believe he came out of a bathroom with a weapon in hand. Deputies took (the gun) from him he was walking down the hall,” Bouchard said, according to FOX 2 Detroit. “That interrupted what could have led to several more victims.”

Investigators reportedly searched Crumbley’s home in Oxford after the shooting and seized evidence, including what appeared to be several long guns. After his arrest, Crumbley was taken to Oakland County’s Children’s Village.