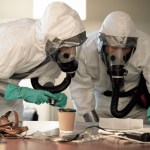 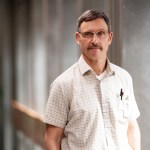 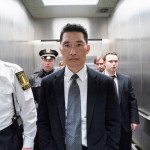 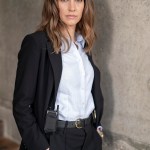 Harry Hamlin stars as legendary newsman Tom Brokaw in ‘The Hot Zone: Anthrax.’ Harry spoke EXCLUSIVELY to HL about his transformation and admitted this role was a ‘challenge.’

Playing a real-life person on screen can be intimidating, especially someone as beloved and respected as Tom Brokaw. Harry Hamlin plays the iconic TV journalist in the timely limited series The Hot Zone: Anthrax, which premieres November 28 on National Geographic. In this EXCLUSIVE interview with HollywoodLife, Harry discussed that playing Brokaw felt “impossible,” and that’s how he knew he had to take on this role.

“I felt nothing but pressure. You kidding me? I said to my agent that it felt like walking a tightrope with no net beneath me. It’s impossible to do this, impossible to approximate another person as iconic as Tom Brokaw. I took it because it’s impossible. I guess I’m crazy when it comes to that kind of thing. But when somebody says to me or I say to myself that there’s no way I can do this, that’s usually what I ended up doing it,” Harry told HollywoodLife.

Tom had a deep and memorable voice that people listened to for decades. Harry explained his Brokaw transformation process, including how he approached the newsman’s voice.

“His voice is much deeper than mine, so I did have to work on that,” the actor admitted. “I don’t use a voice coach because I’m fully trained. There’s a tremendous amount of research material out there. He’s written books. He’s done the audio version of all the books, so I was able to listen to all those books and get a sense of just how he spoke. Also, listening to the books that were sort of more memoirs, I could figure out who he was as a person. I think that helped to validate how I was approaching his cadence. It was a challenge, I have to say. I don’t think I ever got to the depth of his voice, but I didn’t want to make it into a complete parody. I just wanted to see if I could find the essence of Tom Brokaw.”

The series takes place in the aftermath of the September 11 terrorist attacks. Letters containing anthrax were sent to unsuspecting victims in the United States, and five people ended up dead. Brokaw was sent an anthrax-laced letter while he was at NBC that his assistant opened. She was infected but survived. The anthrax attacks caused mass panic throughout the United States, which was already on edge following 9/11.

“I was there, and I remember it very well,” Harry said of the anthrax attacks of 2001. “I remember that we were kind of instructed to go out and buy duct tape to duct tape the windows in case a crop duster came over the city with anthrax. I even canceled a trip to New York because this was happening at the time. I was told it was just too dangerous to go to New York. But that’s all we knew was what we knew from the news broadcasts, from what we saw Tom Brokaw telling us on the news or Dan Rather. We didn’t see what was going on behind the scenes with the FBI. We didn’t see how the medical community was dealing with it behind the scenes. There’s a whole lot to be learned from watching this show. It’s a thriller at the same time it’s being a historical event show, but it’s also whodunit. And from that perspective, I think it’s going to be very engaging for the audience.”

Harry didn’t get the chance to meet Brokaw through this project, but they had a near-encounter prior to the pandemic. “I have never met Mr. Brokaw even though we were on the same network for many years,” Harry told HollywoodLife. “I came close to meeting him just before the pandemic. I was doing an interview for Sirius Radio, and he was sitting right next to me in the waiting room. But somebody else was bending his ear, and I didn’t want to interrupt and then they whisked him away. So I didn’t get a chance to say hello.”

After watching the limited series, Harry hopes that “America wakes up because we are vulnerable.” He believes that the U.S. will face a dilemma of similar magnitude in the future. “I think it’s going to be digital,” he said. “We should be aware that in the digital world we are extremely vulnerable. I’m not sure Americans know just how vulnerable we are. I’m not sure that our government has kept up to speed with what is being devised and developed in other industrialized countries like China and Russia and Iran. I think we are extremely vulnerable to this stuff that’s about to happen, particularly with artificial intelligence.” The Hot Zone: Anthrax’s three-night event will kick off November 28 on National Geographic.