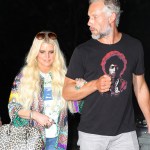 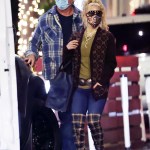 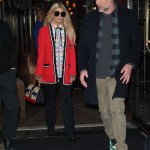 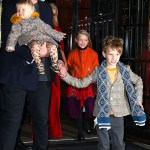 Jessica Simpson marked 11 years since she accepted hubby Eric Johnson’s proposal by sharing a cute selfie of the couple on Nov. 17.

Jessica Simpson and Eric Johnson are celebrating the latest milestone in their fairytale relationship. Jessica, 41, shared a cute selfie of the couple to Instagram on November 17, in honor of 11 years passing since they got engaged in 2010. In the snapshot, Jessica posed beside her hubby while wearing a blue sweater, sunglasses, and several gold necklaces. The “With You” singer’s plumped-up lips were also fully visible in the photo.

Meanwhile, Eric looked like a silver fox thanks to his gray hair in the pic. The former NFL tight end wore a gray shirt, heavy jacket, and Boston Red Sox hat while smiling next to his famous wife. Jessica captioned the sweet photo, “San Ysidro Ranch celebration of 11 years being engaged and saying YES, I will marry YOU.”

Jessica and Eric got engaged just a few months after they started dating. The pair initially met in 2010 at a mutual friend’s house party, roughly four years after Jessica got divorced from Nick Lachey. “We connected on all levels,” Jessica wrote in her 2020 memoir, Open Book, about meeting Eric. “We both were ready for the real deal.”

Jessica Simpson's Hottest Moments: Pics Of The Star Out & About 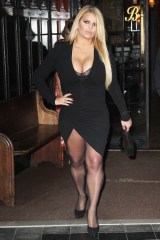 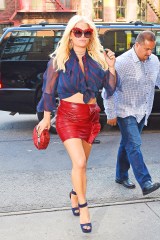 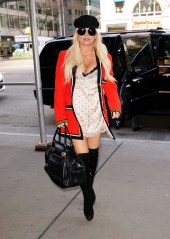 While the couple was engaged, Jessica gave birth to their first two children: daughter Maxwell, 9, and son Ace, 8. They eventually tied the knot in July 2014 in Montecito, California at the San Ysidro Ranch in front of roughly 275 guests. It was a nondenominational ceremony officiated by Jessica’s dad, Joe Simpson. Over four years later, on March 19, 2019, Jessica and Eric welcomed their third child, daughter Birdie, 2.

The family of five has enjoyed so many sweet moments this year. Ace’s championship baseball game, Maxwell’s ninth birthday, you name it! While Jessica and Eric are busy caring for three young kids, they still make time for each other. In fact, the couple got all dressed up for a date night in late August that Jessica documented on IG. “Happy wife. Happy life. Ladies and Gents it’s date night,” the star wrote in her caption.