Jessica Simpson and her youngest daughter, Birdie Mae, look more and more like twins every day! The singer took to Instagram on April 11 to share an adorable selfie with the two-year-old, as they poked their tongues out at the camera. “Taco tongues are our daily selfie thang. Tabasco anyone?” she captioned the post, which showed them rolling their tongues. “Cutest twinsies I’ve ever seen,” one fan commented, while another noted that not everyone can roll their tongue like the mother-daughter duo, “That’s a genetic ability. It would be interesting to see who else in your family can roll their tongues.”

The blonde beauty wore a blue and white striped tee with a silver, diamond necklace, while her daughter rocked a multi colored tank top. The post came less than two weeks after Jessica opened up about fame during a candid conversation with Tamron Hall. The pop star turned fashion mogul sat down for the March 26 edition of Tamron Hall, discussing some of the topics from her recent memoir Open Book, including her divorce from Nick Lachey and her relationship with John Mayer.

When asked if she had watched the new Framing Britney Spears documentary, the singer explained that it gave her “anxiety.” She elaborated, “No. It’s one of those things that if I were to watch it, like, reliving that for me it’s like one of those like triggers, it definitely gives me anxiety and I lived it.” 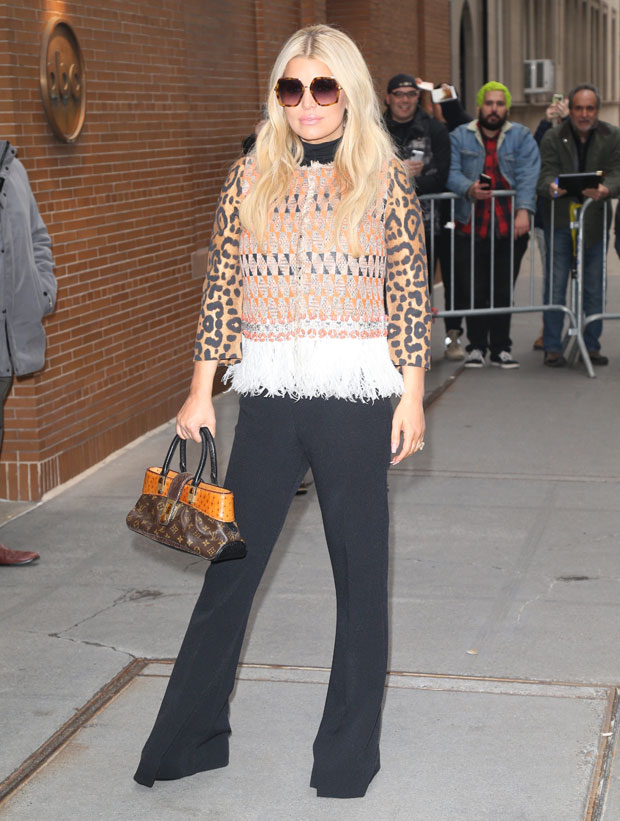 Jessica continued, “Britney [Spears] and I know what she went through and it’s so, it’s so hard, because it’s so many people’s opinions on you just trying to live your life as a normal human being because inside we’re really just … we are normal, you know? We might have a big platform but, you can only take stuff for so long, you can only allow people in and attacking you until you have to really, you know, put your guard up.”