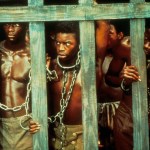 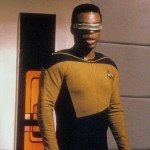 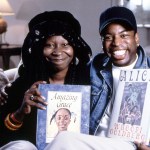 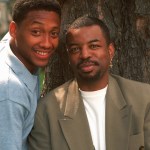 LeVar Burton will be hosting a new TV game show version of ‘Trivial Pursuit.’ The project is being produced by Entertainment One and is not attached to a network yet.

LeVar Burton‘s future is in trivia — even when Jeopardy! doesn’t give him the hosting job. The 64-year-old TV icon was a fan-favorite guest host on Jeopardy! this year following the death of longtime host Alex Trebek, but he was ultimately not selected for the full-time gig, much to the chagrin of fans. However, LeVar has officially scored a different job in game show television! Per reports, LeVar will host a new version of the game show Trivial Pursuit. So exciting!

According to Variety, LeVar’s Trivial Pursuit is being produced by Entertainment One and Hasbro, as well as his production company, LeVar Burton Entertainment. The game show has not been attached to a network yet, but that should come in due time. In a statement obtained by Variety and The Hollywood Reporter, LeVar said, “Trivial Pursuit’ is one of the best-known brands in the gaming universe. I am thrilled to have partnered with Hasbro and eOne to bring this beloved game to market as a premium show for television.”

Tara Long, president of global unscripted television for Entertainment One (eOne), addressed hiring LeVar as host in a statement. “LeVar Burton has been an iconic member of American pop culture for decades from ‘Roots’ to ‘Reading Rainbow’ to ‘Star Trek’ and beyond,” she said, per Variety. “His love for intellectual curiosity paired with his ability to connect with audiences worldwide make him the perfect partner to bring Hasbro’s beloved trivia game to households in a new and exciting way.” 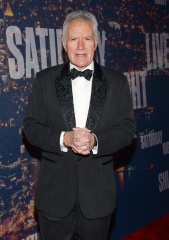 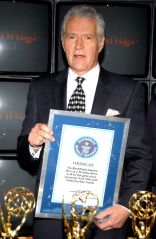 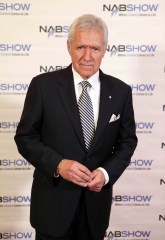 LeVar was among the crop of Jeopardy! guest hosts in the running to permanently replace Alex Trebek. In August, executive producer Mike Richards was selected for the job, but he stepped down that same month following the discovery of past offensive comments. Mayim Bialik and former Jeopardy! champion Ken Jennings have since been named temporary hosts through the end of 2021, as the game show continues to search for a permanent host.

Fans were disappointed when LeVar didn’t get the host job. The 12-time Emmy Award-winning star eventually addressed the situation on an episode of The Daily Show in September. “The crazy thing is that when you set your sights on something, you know, they say be careful of what you wish for, because what I found out is that it wasn’t the thing that I wanted after all,” LeVar shared. “What I wanted was to compete. I mean, I wanted the job, right, but then, when I didn’t get it, it was, like, well, okay, what’s next? And, so, the opportunities that have come my way as a result of not getting that gig, I couldn’t have dreamt it up.”