Mike Richards is no longer the permanent host of ‘Jeopardy!’ A little over a week after he was announced as the new host, Mike revealed he was stepping down as Alex Trebek’s replacement in an internal memo.

(UPDATE: 8/31/21 AT 1:30 P.M. ET): Less than two weeks after exiting his role as host of Jeopardy!, Mike Richards is also out as the Executive Producer of the show. The EVP of Business & Strategy for Jeopardy! and Wheel Of Fortune sent an internal letter to staff announcing the news on Aug. 31. See the full note below.

“Dear Team, I’m writing to let you know that Mike will no longer be serving as EP of Wheel and Jeopardy! effective immediately,” the message said. “We had hope that when Mike stepped down from the host position at Jeopardy! it would have minimized the disruption and internal difficulties that we have all experience these last few weeks. That clearly has not happened. Michael Davies from Embassy Row has agreed to help with production on an interim basis until further notice. Michael and I will work together with all of you in the weeks ahead to ensure that production remains on schedule and we do not miss a beat as we head into the new season. I know this has been a challenging time for the entire team and I want to thank you all for your cooperation and professionalism over these last few weeks. As Ravi mentioned last week, I will be more involved in the day-to-day on your shows moving forward and I am looking forward to working closely with all of you. Please don’t hesitate to reach out if you need anything.”

(ORIGINAL STORY): The Jeopardy! team is on the search for a permanent host — again. Mike Richards announced he was stepping down as the host of the beloved syndicated game show on August 20, after intense backlash and the resurfacing of past controversies. His internal memo was obtained by The Hollywood Reporter and reads:

'Jeopardy' -- Photos Of The Tournament & More 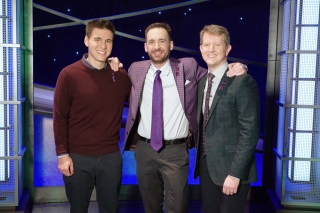 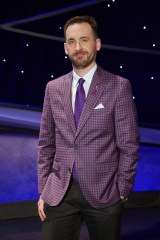 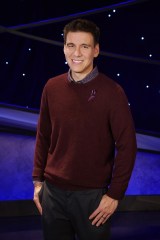 It pains me that these past incidents and comments have cast such a shadow on Jeopardy! as we look to start a new chapter.

As I mentioned last week, I was deeply honored to be asked to host the syndicated show and was thrilled by the opportunity to expand my role. However, over the last several days it has become clear that moving forward as host would be too much of a distraction for our fans and not the right move for the show. As such, I will be stepping down as host effective immediately. As a result, we will be canceling production today.

SPT will now resume the search for a permanent syndicated host. In the meantime, we will be bringing back guest hosts to continue production for the new season, details of which will be announced next week.

I want to apologize to each of you for the unwanted negative attention that has come to Jeopardy! over the last few weeks and for the confusion and delays this is now causing. I know I have a lot of work to do to regain your trust and confidence.”

Sony also released the following statement following Mike’s decision to step down from the hosting gig: “We support Mike’s decision to step down as host.  We were surprised this week to learn of Mike’s 2013/2014 podcast and the offensive language he used in the past.  We have spoken with him about our concerns and our expectations moving forward. Mike has been with us for the last two years and has led the Jeopardy! team through the most challenging time the show has ever experienced. It is our hope that as EP he will continue to do so with professionalism and respect.” HollywoodLife has reached out to Sony for comment.

The shocking move comes days after The Ringer published a report that included controversial comments made by Mike on The Randumb Show podcast in 2013 and 2014. In one episode, he called his co-host and former assistant Beth Triffon a “booth ho” and “booth slut.” In a 2014 episode, Mike said one-piece swimsuits made women look “really frumpy and overweight.” After these comments surfaced, the podcast was taken down.

Following the backlash over his comments on the podcast, Mike apologized in a statement: “It is humbling to confront a terribly embarrassing moment of misjudgment, thoughtlessness, and insensitivity from nearly a decade ago. Looking back now, there is no excuse, of course, for the comments I made on this podcast and I am deeply sorry. The podcast was intended to be a series of irreverent conversations between longtime friends who had a history of joking around. Even with the passage of time, it’s more than clear that my attempts to be funny and provocative were not acceptable, and I have removed the episodes. My responsibilities today as a father, husband, and a public personality who speaks to many people through my role on television means I have substantial and serious obligations as a role model, and I intend to live up to them.”

The Anti-Defamation League called for an investigation into Mike’s “reported pattern” of behavior. “Mike Richards’ disparaging remarks about Jews, women & Asians are no laughing matter. Stereotyping is an entry point to hate and his apology lacks acknowledgment of its harm,” the ADL tweeted on August 19.

Prior to the podcast scandal, Mike had to address past harassment and discrimination lawsuits during his time as an executive producer on The Price Is Right. In a statement to The Wrap, Mike responded to former model Brandi Cochran’s lawsuit. Brandi claimed producers allegedly harassed her after she revealed she was pregnant and was allegedly fired after her maternity leave. “I would not say anything to disrespect anyone’s pregnancy and have always supported my colleagues on their parenting journeys,” Mike said. “During my tenure, our female cast members welcomed seven beautiful children. We embraced and celebrated each pregnancy and birth both in front of and behind the camera.”

Model Lanisha Cole alleged Mike and another producer spoke abusively towards her in a 2011 sexual harassment lawsuit. Mike was later dropped as a defendant in the lawsuit, and it was settled in 2013.

This Jeopardy! drama comes less than a year after the passing of longtime host Alex Trebek, who hosted Jeopardy! for 37 years. He died in November 2020 after a battle with pancreatic cancer. Alex never named a specific successor, so Jeopardy! has been filled with guest hosts since the show started production. Mayim Bialik is still set to host Jeopardy!’s primetime and spinoff series.