Rob Kardashian flaunted his new slim figure at his daughter Dream’s 5th birthday party, and HollywoodLife has EXCLUSIVELY learned his secrets to shedding the weight.

Rob Kardashian, 34, is clearly keeping up with his workout routine! After flaunting his dramatic weight loss in a photo posted on Instagram on Nov. 11 to celebrate daughter Dream Kardashian‘s 5th birthday, a source close to the former Keeping Up with the Kardashians star tells HollywoodLife EXCLUSIVELY that he’s not done shedding the pounds just yet — and he has his famous family to thank! “Rob is definitely trying to lose more and will be satisfied after he loses 80 pounds. Rob isn’t going to stop until he has his old ‘body back’ and he knows this is attainable now,” the source said.

According to the insider, Rob is getting trim with the help of his health and fitness enthusiast sisters, Khloe Kardashian, 37, and Kourtney Kardashian, 42. “Rob listens to his sisters when it comes to nutrition for the most part, understanding that their bodies are different and he can literally eat twice as much. But he does try to stay away from sweets and salty junk food, which was all he used to eat. He doesn’t even try to avoid carbs all together because that would never work for him. It also isn’t about getting super skinny for Rob. It’s about losing fat and retaining muscle,” the source revealed.

Although both of his sisters have had their part in helping Rob shed the pounds, HollywoodLife was told that it was Khloe who continues to push him! “From doing Revenge Body for three years, Khloe has become an expert on losing weight and she put Rob on routine. They always do cardio in every workout, such as the treadmill and stair climber. But Rob focuses a lot more on weight training where Khloe is all about resistance training,” the source added. 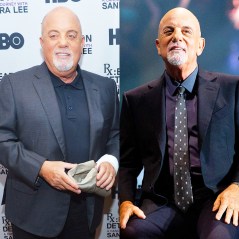 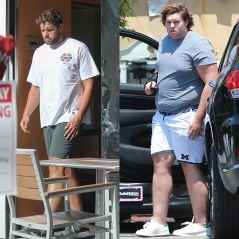 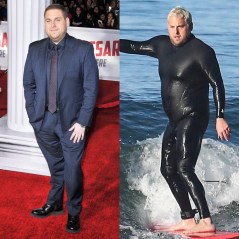 Rob also has the help of his tiniest trainer, daughter Dream – who he shares with ex Blac Chyna, 33. “Rob is never just sitting around anymore because Dream won’t let him. He is constantly running to try and keep up with her. This is a large part of his cardio every day,” the source insisted, adding, “And Rob also works out on his own sometimes because Rob, like everyone else in his family, has his own gym at home too!”