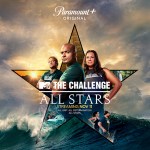 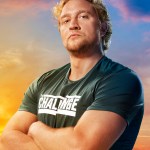 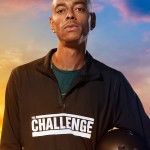 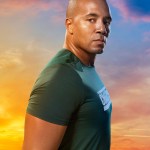 Heading into ‘The Challenge: All Stars’, Casey Cooper knew what her biggest weakness was, and told us how she attempted to overcome it. Plus, why she came back to the show after 12 years away and much more!

It’s been 12 years since Casey Cooper competed on The Challenge, but the hiatus has come to an end with her casting on season 2 of The Challenge: All Stars. “I don’t think I was initially planning on ever going back,” Casey admitted to HollywoodLife EXCLUSIVELY. “I was an alternate on All Stars season 1 and I think coming out of that experience, I realized how much I wanted to reconnect and get back into things. But then, watching it on TV, I realized how unprepared I actually would’ve been. It made me kind of want to come back and see, like, if I really did try or went about things differently…what can I do now that I’m almost 15 years older than the last time I was on The Challenge?”

One thing that Casey always struggled with during her four past seasons of the show was challenges that involved heights. So, instead of letting her fears get the best of her this time around, she specifically trained to work on the situation. “I took rock climbing lessons,” Casey revealed. “I started painting our ceilings. We have really high ceilings, so I would try and paint those all by myself. It was just little things like that to really kind of get to know myself in these elements again and see if I could pinpoint when I got scared and what I could to do bring myself out of it and push forward.”

Casey made the final during her first ever season of The Challenge: Fresh Meat, but has yet to win. However, winning wasn’t necessarily her biggest goal on All Stars. “For me, winning has always felt so unattainable, so I actually came into it with a system of goals,” Casey explained. “There were a lot of things I wanted to accomplish, so even if I didn’t end up winning, I still wanted to leave and take away good, positive experiences from this and feel like I did accomplish something. Winning was the last thing on my mind. It was like the last box to check. There were still a ton of other things I wanted to accomplish there.” 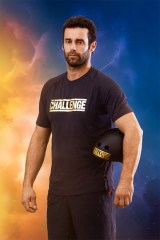 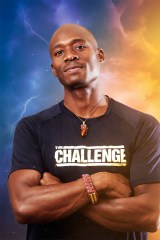 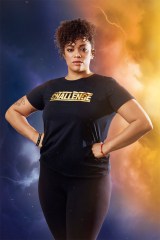 Check out more of our interview with Casey below! The Challenge: All Stars 2 is currently streaming on Paramount+ with new episodes dropping every Thursday.

When you were asked to be an alternate last season, was there any hesitation about returning? No hesitation at all. I think that ended up being a wonderful experience for me. In the middle of a pandemic, we got to go to Argentina. I got to reconnect with Ryan Kehoe, who was on my original season of Fresh Meat. I got to meet Sophia [Pasquis], I got to met Heather [Cooke] and reconnect with Cohutta [Grindstaff]. There were a lot of cast members who I also got to meet like Nehemiah [Clark] and Kendal [Shepard]. I think, if anything, it made me more excited to come back. Like, if there’s a season 2, and if they call me, I want to be ready.

Have you kept up with ‘The Challenge’ at all since you left? Not the main Challenge as much. Nowadays, I am really a Big Brother fan. I feel like The Challenge has become a lot more physical, and I always really enjoyed the social and political aspect of the game. I find that more engaging to watch on Big Brother. But I think on All Stars, it’s a little bit different because we’re much older now and it feels like we’re taking this so much more seriously than we did back then. There’s so much more on the line now, too. We have families, we have lives and dreams and goals. So the money, to me, means much more. Yeah, athletics is great, but I think the political and social gameplay in All Stars is going to be above and beyond.

When you saw who was on the cast, who did you want to align with? Obviously Ryan. We are very close in real life, especially after the last yer. I knew that the other alternates — Sophia and Cohutta — were people I felt comfortable working with. And the Cancun cast [Jonna Mannion, Jasmine Reynaud and Derek Chavez] was, in my mind, fair game. There was three of them, and the rest of the cast seemed a little more old school. So they were potentially a very good crew to align with because it seemed like maybe they needed people.
Do you think viewers will see a different side of you from the last time you were on the show? In some aspects, yes. But in a lot of aspects, no. I think I still want to have a good time and have fun. But there’s obviously the fact that I’m older now and this element of maturity that we have now that we didn’t have then. We’ve lived real life now. My mentality going into this house and this Challenge is different than I have ever treated it before. I wanted to come into this adn do my best and give it my all and not wonder.
What are you most excited for people to see? I think I’m most excited to be on a Challenge and stand alone. On Fresh Meat, I was pretty much just Wes’s partner. The Duel, I wasn’t there too much. On the Gauntlet, I was that sidekick, I felt like, to all the boys. And on The Ruins, again, the same thing. I’m excited to be here without some of those more iconic and heavier hitting male players and just get to play my own game and step away from them and their shadow.
Would you be interesting in returning to the show in the opportunity ever came up? Never say never! It’s difficult. I’m an accountant. We’ve all got real jobs. My job is very corporate, so building in the time it takes to be able to take away from work and get approvals and things like that can be a bit tricky. But I think if the opportunity arose, I would try my best. You kind of have to, I think! I think it’s in all our blood to continue coming back and being part of this family