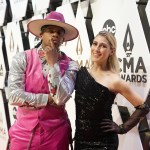 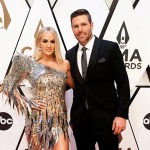 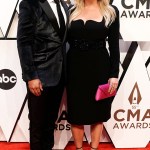 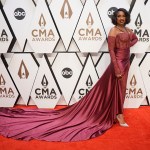 Okay, Nicole! The Oscar winner looked like a million bucks as she showed off her awesome figure in a sleek black gown at the CMA Awards with Keith Urban.

Move aside, literally any other couple attending the CMA Awards! Country crooner Keith Urban and his stunning wife Nicole Kidman have arrived! Nicole looked absolutely incredible in a sleek black gown by Saint Laurent that featured a sleek pointed shoulder and long sleeve, while the other shoulder was left bare. The dress then opened up again at Nicole’s hip to bare her tight core before hugging the rest of her curves! The actress had her hair in an updo, with two pieces framing her face in loose curls. She accessorized with gold jewels and looked truly better than ever!

Her hubby, Keith, looked dapper in a black graphic T-shirt, black pants and a grey sleek suit jacket. The couple hugged each other on the CMA Awards red carpet ahead of Keith’s performance of his newest single, “Wild Hearts.”

On the carpet, the couple caught up with Entertainment Tonight, Nicole opened up about her upcoming performance as Lucille Ball in the highly-anticipated Being The Ricardo’s. “It was so much fun. I love that woman,” she shared. “It was really, really hard because as I got to know her I just fell in love with her.” She added that she got to know Lucille’s daughter very well through the process.

The Oscar winner also gushed over Keith’s performance this evening, telling the outlet, “I just love watching him play, love love,” adding that she will definitely be singing and dancing during the show. Recall, when Nicole attended the CMAs in 2019, she made headlines for dancing and clapping along to all of the major acts, including Luke Combs and Reba McEntire.

Keith added that his performance is “a shout out to everybody who comes to this town, everybody I’ve ever met who came here to make records, be on the radio.” We can’t wait to see!