A day after Delilah Hamlin revealed she accidentally ‘overdosed’ on propranolol, Lisa Rinna’s daughter got back to her ‘regular’ habit of posting pictures of her rocking a bikini.

Roughly twenty-four hours after Delilah Belle Hamlin went on Instagram to give a tearful confession about how she had become “dependent” on Xanax and other drugs, the 23-year-old daughter of Harry Hamlin and Lisa Rinna decided it was time to put that drama behind her. “Back to regular programming [butterfly emoji],” she captioned a pair of photos she posted on Nov. 3. In both shots, Delilah is rocking a tiny brown bikini, and her hair is in a messy up-do. The second photo showed a close-up of her face and her funny expression.

This return to her “regular” social media habit was greeted with joy from her friends and fans, who left comments full of love. “Pretty always.” “You’re gorgeous.” “Love love love the hair!” “Queen.” “Bless you little babygirl.” “LOVE YOUUUUUUUUUU.” “Brave Girl, the world supports you. X Keep being you.” “you’re so loved mama.” “Thank you for your insta live and sharing your experience.”

Delilah shared her “experience” dealing with prescription drugs during an emotional IG video on Nov. 2. “My body got dependent on Xanax number one, and number two, I overdosed,” she said. “I didn’t mean to at all — I overdosed on this one medication called propranolol. I took Benadryl with it, and for some reason, I ended up in the hospital.” Delilah claimed that her doctor “overprescribed me with one medication” and that she was taking upwards to 20 milligrams three times a day (while claiming her friends on the same medication were only taking 10 milligrams daily.) 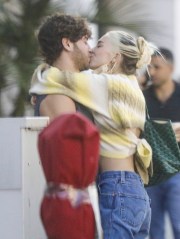 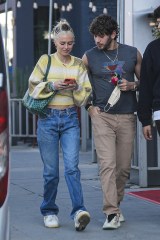 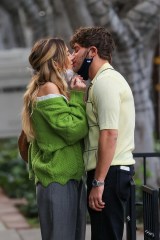 After feeling “hopeless” and “helpless” on the drugs, Delilah sought alternative treatment in Arizona. She also came down off the Xanax. “I wasn’t like a drug addict, but my body was dependent on it because of how much the doctor had prescribed me,” she said. However, she claimed that the symptoms from her other illnesses, including seizures, forced her to exit the center early.

“I actually just got back yesterday,” she said. “I’m really sad because I thought this place was gonna be a place to cure me…and it would just be a place I could relax. But unfortunately, I was a medical risk, so I was politely asked to leave after three weeks of being there. That was really hard for me because in my mind if I’m too sick for this place, I’m too sick for anywhere. How can I get better?”