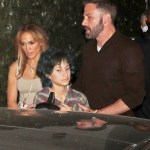 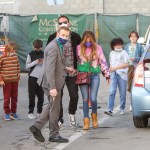 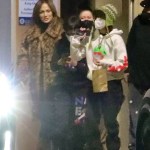 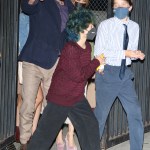 A source has revealed exclusively to HollywoodLife that there is no ‘weirdness’ between the two Jennifers in Ben Affleck’s life. Read more about Jen and J.Lo’s relationship here.

It’s all love between the two Jennifers in Ben Affleck’s life. The actor, 49, made headlines when he spent Halloween weekend with ex-wife Jennifer Garner and girlfriend Jennifer Lopez, gathering all of their children for some trick-or-treating in Malibu, California. Following the festivities, a source has revealed exclusively to HollywoodLife how Jennifer, 49, and J.Lo, 52, get along, explaining that there is no “useless drama” whatsoever.

“She really likes her because she sees how she makes Ben feel,” a source said, adding that Jennifer “respects” J.Lo as a parent. (The singer shares twins Emme and Max, both 13, with ex-husband Marc Anthony.) “It is really nice for Jen to see the positive effect that [J.Lo] has on Ben,” the source continued. “So, during this Halloween, the kids went out together and wanted to have fun. They all met [and] exchanged pleasantries.”

“There was and will never be any weirdness when Jen and [J.Lo] are in the same room. They are adults and when it comes to what is important, useless drama is not on that list,” the source said, adding that Ben and Jennifer’s children, Violet, 15, Seraphina, 12, and Samuel, 9, remain a top priority as they co-parent. “Ben and Jen are great parents and their kids are their priority. They completely respect their decisions and will continue to work as a team when it comes to the kids,” the source said. “Everyone is happy and fine with each other which is really nice to see.” 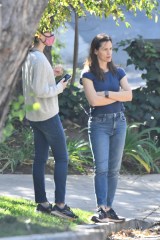 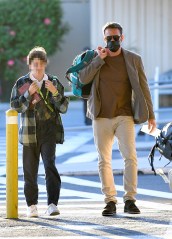 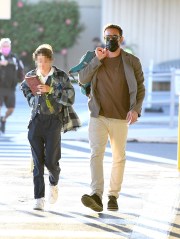 Ben and Jennifer were married between 2005 and 2018. As for Bennifer 2.0, the couple — who famously dated between 2002 and 2004 after meeting on set of Gigli — rekindled their romance in May. After being photographed house hunting across Los Angeles and celebrating birthdays together, Ben and J.Lo made their red carpet debut at the Venice Film Festival in September for the premiere of The Last Duel, in which Ben stars opposite Matt Damon, Adam Driver, and Jodie Comer.

A separate source previously told HL that the relationship is much “different” this time around, revealing that Ben and J.Lo are “looking at this as another chance for them.” Friends of the couple apparently believe that this “could be it” for Bennifer 2.0. “It’s like they picked up right where they left off and no time has passed for either of them,” the source said, adding that J.Lo has “never loved anyone the way she loved Ben and he feels the same about her.”