YouTuber Jake Paul butted into the Gigi-Zayn-Yolanda drama by resurfacing a tweet from 2020 in which Gigi referred to Zayn as ‘ a respectful king.’

Just when we thought the drama involving Yolanda Hadid and Zayn Malik was messy enough, YouTube star Jake Paul had to get a word in. As we’ve reported already, Zayn, 28, has been at the center of allegations that say he “struck” Gigi Hadid‘s 57-year-old mom during a despite. While this drama continues making headlines, Jake, 24, took the opportunity to come for Gigi, 26, by resurfacing a tweet shared by the model on Feb. 23, 2020. In the old message, Gigi defended Zayn against Jake, going so far as to call the former One Direction bandmate “a respectful king.” And given the recent drama, Jake had no problem with showing just how much things have changed.

Gigi’s tweet from last year appeared to come as a response to Jake amidst an online back-and-forth between the two. She said at the time, “Lol cause he doesn’t care to hang w you and your embarrassing crew of YouTube groupies…? Home alone with his best friends like a respectful king cause he has me, sweetie. Unbothered by your irrelevant ugly a**. Go to bed…”

That exchange happened over a year and a half ago — but after all the crazy news about Gigi and Zayn broke, Jake resurfaced the model’s tweet on Oct. 29 and shared a snarky message of his own. “Your ‘rEsPeCtFuL KiNg’ punched your mom in the face,” the social media personality said. Jake’s new tweet garnered quick attention, and as you can see below, it’s getting thousands of likes and retweets. 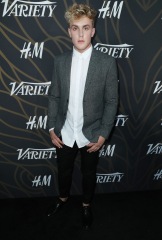 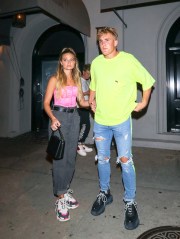 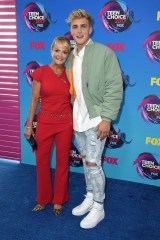 Your “rEsPeCtFuL KiNg” punched your mom in the face https://t.co/LtuDJJMB4H

Zayn, who shares daughter Kai with Gigi, has denied ever physically assaulting Yolanda. However, HollywoodLife has learned that the “Pillowtalk” crooner was in fact charged with harassment. It followed an incident at his Pennsylvania home on September 29 in which Zayn allegedly called Yolanda a “f***ing Dutch slut,” and demanded that she “stay away from [my] f***ing daughter.” He allegedly “shoved” the Real Housewives of Beverly Hills alum and also yelled at Gigi, who was in Paris, over the phone. Zayn also reported tried to fight a security guard that was present for the dispute.

The British singer is reportedly on 90 days probation for each of the four harassment counts, so 360 days total. He also has to complete an anger management class and a domestic violence program. Zayn cannot have any contact with Yolanda or the security guard.

Following news of the fight, reports stated that Gigi and Zayn have broken up. “They are not together right now,” a source told People. “They are both good parents though. They co-parent. Yolanda is of course very protective of Gigi. She wants the best for her daughter and grandchild.”

Gigi and Zayn’s years-long off and on relationship began in 2015. In September 2020, the pair welcomed their first child together. All seemed well with the couple in the past year, including when they celebrated Khai’s first birthday in Sept. 2021.