So, let us get this straight, Nicki Minaj is a ‘Housewives’ hosting rookie? Perhaps, but going “for the jugular” is what the rapper said she had to do at the ‘Potomac’ reunion.

Nicki Minaj made Housewives history when she appeared to help host The Real Housewives of Potomac season 6 reunion last week, stunning Bravo fans (and the Potomac wives!) in the process. Over the weekend, sources revealed EXCLUSIVELY to HollywoodLife that Nicki came especially hard for Candiace Dillard, 34, as she took on the hosting role typically reserved for Bravo impresario, Andy Cohen, 53 — and now the rapper is confirming it herself!

Perhaps she was a little tough, the “Super Bass” rapper admitted in a recent Instagram Live video, but perhaps it was also necessary to keep viewers “entertained.”

“I saw something that said I went hard on Candiace … yes, I think went on hard on every body equally,” the 38-year-old said. “They’re tough girls on that show.”

She went on, “I normally know who I can be like that with and I can tell they’re tough enough to allow me to be tough on the them. I went for the jugular with them. Not in a bad way … I just know if I went there and didn’t ask about the sh*t my fans wanna know, they’re gonna look at me crazy like, why the f*ck did you go there if you weren’t really going to get into some things? I had to get into some things. You guys are going to be thoroughly entertained.” 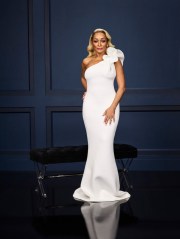 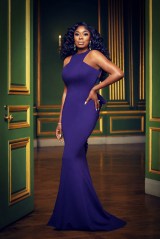 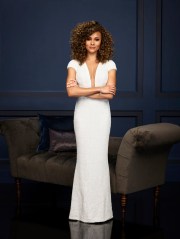 The Queen Radio host has been very vocal about her love for the show, even following her favorite wives like Karen Huger, 58, and Robyn Dixon, 42 on social media. The cast thought it was up in the air if the all-star rapper would actually show up to their reunion, but “knew it was a possibility,” the source also revealed to HL. “[H]er appearance was saved for the very end as a total surprise,” the source shared. “They were so shocked when she walked out.”

“If you haven’t been binge watching the season — go. It’s one for the books,” Nicki continued in her IG live video. “I’m not trying to be funny. It’s iconic and you’re going to love it. The women were all so very charming in person. I could see why they got chosen to be on the show.”