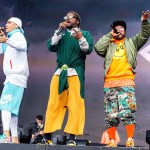 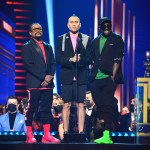 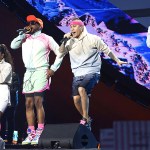 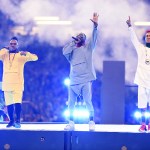 Black Eyed Peas launched into stardom decades ago and explained to HL how they’ve maintained their overwhelming success over the years.

Black Eyed Peas have continued to dominate the music industry and its ever-changing trends since the founding trio’s career began in 1995. Now, 25 years later, the group – apl.de.ap, Taboo, will.i.am, and newcomer J. Rey Soul – dished EXCLUSIVELY with HollywoodLife about how they’ve maintained their level of success ahead of their virtual performance at Egypt’s Great Pyramid of Giza on Oct. 2 for an exclusive LIVENow event.

Apl explained how the group has managed to keep their sound fresh after all these years, saying, “Remaining a fan and studying new genres that we’re inspired by, collaborating with different artists, and utilizing the pandemic as an outlet to create and express.” Taboo added, “I think being students of music and making sure we understand it as a competitive field helps…but we’re always down to contribute to the music world and really help culture exchange, as we did with Translation, and find amazing artists to collaborate with.”

Despite continuing to drop hit after hit over the past two and a half decades, Apl discussed why “a lot has changed” since they hit the music scene. “Back then, you actually had to go buy the CD and put it on your computer,” he said. “Now there are so many streaming services and platforms to showcase new music. Many DSP’s have algorithms that will suggest music to the consumer based on his/her tastes, which is also really great to discover new music or rediscover artists. Touring is still for us the way to really interact with our community, and this is a huge part of our musical life experience.” 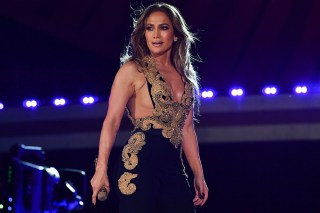 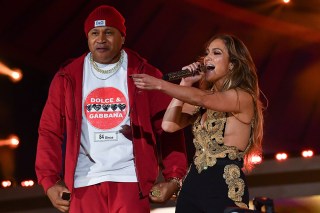 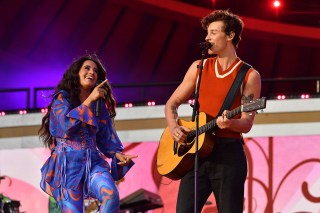 Meanwhile, Black Eyed Peas are gearing up for one of their most iconic shows to date, in one of the world’s most historic locations, for an international celebration of music, love and unity. The Pyramids in Egypt will serve as the backdrop for a special performance from the Grammy Award-winning group.

The group shared their excitement as they prepare for their performance at the oldest of the Seven Wonders of the Ancient World. “It’s a great honor, you know we’ve always appreciated being able to travel the world and perform on these amazing platforms. But being in front of the pyramids, it’s a blessing…especially seeing all the artists that have performed prior to us like Louis Armstrong, Frank Sinatra, Red Hot Chili Peppers, Shakira, and now Black Eyed Peas, so we’re very honored,” Taboo said.

Apl revealed what led the group to perform at one of the world’s most iconic locations. “We’ve always wanted to play in Egypt, and now it’s another dream come true for me,” he said. “It’s going to be history in the making. You know, it’s part of history… like I watch Ancient Aliens and now I’m performing in front of, you know, these pyramids. It’s going to be this mystical, magical moment.”