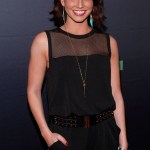 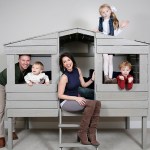 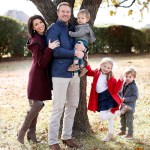 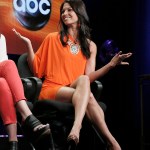 Melissa Rycroft is back as a mentor and judge on season 16 of ‘Dallas Cowboys Cheerleaders: Making The Team,’ and she dished EXCLUSIVELY about what it was like to film two seasons of the show in a pandemic and much more!

Dallas Cowboys Cheerleaders: Making the Team returned to CMT for its 16th season earlier this month, and one of the team’s most famous alum, Melissa Rycroft, is once again serving as a showmanship mentor and judge this time around. “Who WOULDN’T want to do this?! I specifically love my role that they’ve allowed me to do,” Melissa dished to HollywoodLife EXCLUSIVELY. “If you’re a fan of the show, you know that [director] Kelli [Finglass] and [choreographer] Judy [Trammell] are tough. Training camp is really tough. There’s not a lot of smiling faces throughout the process. So I get to just come be a smiling face.”

For the most part, Melissa has worked with the ladies one-on-one throughout the tryout process. “I get to tell them, ‘Take a step back from this process. I am 100 percent here to help you and give you positive feedback,'” Melissa explained. “I just kind of get them in a good mental space. This process…it’s really easy to mentally kind of get yourself out of the game. So that’s what keeps me in it — getting to be the person to help them through it.”

Season 16 of Making the Team is the second season of tryouts that were filmed amidst the coronavirus pandemic, which has obviously been a major change for the program. Melissa’s role, specifically, has been very different during COVID, but she said she’s actually enjoying the new direction she’s taking with the team. “Normally, I work more one-on-one with the girls. I don’t get to see the group as a whole very often,” she revealed. “Coming off the pandemic, there’s not a lot of one-on-ones. So from the start to the end of training camp, I get to go be with Kelli and Judy and watch the team progress. So, while I’m working with girls individually, I’m also seeing it translate onto the field. I really liked that.” 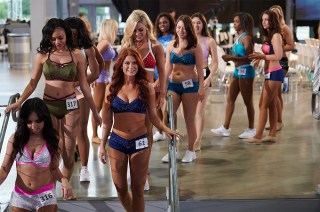 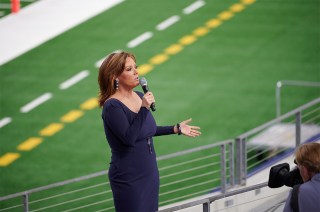 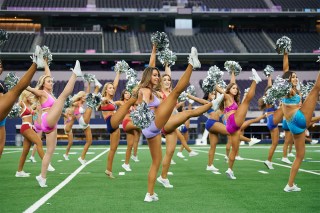 She added that it’s been “hard” for her in the past when she’s seen girls excel in individual sessions, only to later hear that Kelli and Judy were disappointed in them. “I see them in the studio and they’re great — they’re fine — so why are [Kelli and Judy] telling me they’re on the cusp? Now, I get to see them in practice and I’m like…oh…now I see what we need to work on,” Melissa explained. “I hope moving forward I get to do a little more of that. I really enjoy seeing them all together and getting the inside scoop from Judi and Kelly!”

In general, the Dallas Cowboys Cheerleader program has made the best of dealing with COVID and any restrictions put in place because of it, according to Melissa. “Last year, we were wondering if we were even going to make a team, let alone make a show around making a team,” Melissa admitted. “But what we learned was there were some positives that came out of it. The first couple rounds of tryouts are all on video, so it allows more girls the opportunity to try out who may not have gotten to come to Dallas. You get to know the contestants much better before you even meet them. And then, this year, getting to walk back into the stadium — you appreciate it so much more. You appreciate all of it being able to come together and happen.”
Check out more of our interview with Melissa below!
What’s the most important advice that you share with the girls? I always tell the girls, ‘Don’t give Kelli and Judy a reason to cut you. Go in every night and know your stuff. Don’t get nervous. Don’t let your nerves get you out of it.’ I see it happening to girls all the time — they’re forgetting routines that they know. They didn’t have an excuse to cut you, but you just gave them one. So just be confident. You all are the best of the best and you’re there for a reason. If you don’t make it, don’t make it because of something YOU did wrong.
How has the program changed since you were on it (in 2007 and 2008)? They’re much more talented now! I always say, I think the best thing that has come out of this show is the talent that comes in. They get girls from around the world, essentially. It really is the best of the best. The opportunities that they have are so much cooler because their scope is so much bigger. It has really evolved. I think everybody in the world knows who the Dallas Cowboys Cheerleaders are now. Some of the things they get to do are just really cool.
Why has this show lasted 16 seasons? I think the show has remained true to its core. When it premiered back in 2006, it was essentially a show about these girls trying to become a Dallas Cowboys Cheerleader. There’s no drama, nothing manufactured. Now, however many years later, it’s still a group of girls trying to make the Dallas Cowboys Cheerleaders! Reality TV has evolved and a lot of it feels scripted and forced, and the shows we used to love have changed their formats. DCC hasn’t. So the audience it had in 2006, I feel like it still has it now, along with a whole new generation. It just is what it is — you fall in love with the girls, you see the drama organically, but it’s nothing fake or manufactured. And it’s a fun peek behind the curtains of this glamorous team. I think that’s just fun to see.
Your daughter, 10, is a cheerleader now. Is she aware of how involved you were and are in this iconic organization? She’s a little bit aware. She knows I was a cheerleader, she’s seen little snippets of me on Dancing with the Stars. I don’t think she knows how involved I am, though. She does think it’s really cool that I get to work with the Dallas Cowboys Cheerleaders. A few times I’ve gone to the stadium and she’ll go with me and that’s huge for her. But she’s 10 and a half, so I want to keep her as sheltered from my crazy world as possible, especially with the evolution of social media. I want to keep her as innocent and pure for as long as I can.
How would you feel if she wanted to try out for the team one day? I would never stop her [from trying out]. I’m never going to push her either, though. I will not be that mom. I’m hoping that if it happens, I’m not still judging. Right now, she’s super interested in it. She’s got dancing in her blood. So we’ll see where it goes. I’ll definitely be right there rooting her along if she decides to do it.
Dallas Cowboys Cheerleaders: Making the Team airs on Fridays at 8:00 p.m. on CMT.