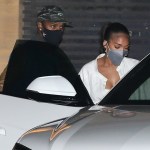 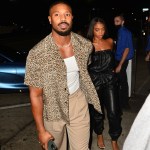 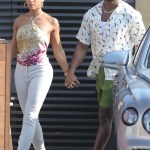 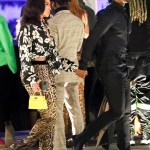 Lori Harvey gushed over her boyfriend Michael B. Jordan on ‘The Real,’ telling the co-hosts that the lovebirds ‘really balance each other.’

Lori Harvey really is the luckiest girl in the world! The 24-year-old model has been dating Michael B. Jordan, 34, for almost a year now, and during her appearance on The Real season 8 premiere on Monday (Sept. 20), she confirmed that the pairing is truly a romance for the ages! “We just really balance each other,” Lori told co-hosts Loni Love, Adrienne Bailon Houghton, Jeannie Mai Jenkins, and Garcelle Beauvais. “I really do believe in the statement when they say, ‘when you know you know.’ And I think that really applies to our situation and we just have a really good time together,” she added.

Lori went on to call the Black Panther actor “so sweet” and “so attentive,” and said that he “listens to me and the things that I say that I want and he really makes an effort.” She also shared that Michael always treats her well, whether it be on a large scale (like that Valentine’s Day date night) or a small scale. “He’s really good at all the big things, Valentine’s Day, birthdays, all that, but it’s the little things, the everyday things that I think really is what makes him special, like he just listens to me when I talk,” Lori explained.

“Even the other day I just been saying I really just wanted to go to a farmer’s market, so he called me one Sunday morning and was like, ‘what are you doing, I’m going to come pick you up’ and he took me an hour away to this really cute farmer’s market and we had the best day,” she said with a smile on her face. “So, it’s things like that.” 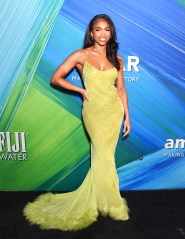 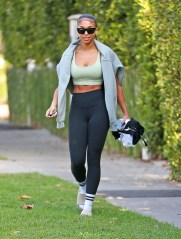 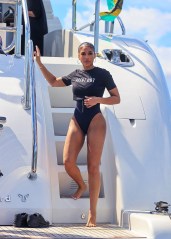 Steve Harvey‘s stepdaughter started dating Michael — who was once dubbed the ‘Hottest Man Alive’ — in November 2020, and they went public with the relationship in January, posting glimpses into their romance on social media. Michael spoke about why he decided to be public about his relationship with Lori, after keeping his personal life private for years, in an April interview with People. “I’m still private, and I want to protect that, but it just felt like it was a moment of just wanting to put it out there and move on,” he said. “I’m extremely happy.”

Lori and Michael have become Hollywood’s hottest new couple, and a source close to Lori previously told HollywoodLife how the pair make their relationship work despite Michael’s busy acting career. “Lori has always been a fiercely independent woman and she’s also got all the confidence in the world,” the insider dished. “She feels blessed to be with the most amazing man on the planet, but she also knows what she signed up for when they started dating.”