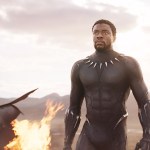 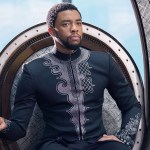 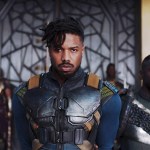 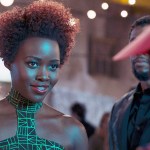 The ‘Black Panther’ story will continue, despite the tragic loss of star Chadwick Boseman. From the cast to the latest filming updates, here’s the latest news on all things ‘Black Panther 2.’

The highly-anticipated sequel will look and feel very different in the wake of Chadwick’s tragic death from colon cancer in 2020 at the age of 43. Despite the loss of Black Panther himself, Marvel Studios and director Ryan Coogler are coming together to honor the character and the actor. There’s so much we already know about Black Panther 2. HollywoodLife had rounded up everything you need to know.

Where ‘Black Panther’ Left Off

The character of Black Panther was first introduced in Captain America: Civil War, which was released in 2016. In a post-credits scene, fans got their first glimpse of the Kingdom of Wakanda, T’Challa’s home. Bucky Barnes was granted asylum in Wakanda and returned to cryogenic sleep until a cure for his brainwashing was discovered.

When Black Panther begins, T’Challa has returned to Wakanda to take over the throne after his father’s death. After a Wakandan artifact is stolen by black-market arms dealer Ulysses Klaue and accomplice Erik “Killmonger” Stevens, T’Challa decides to go to South Korea with Okoye and Nakia to track Klaue down. T’Challa crosses paths with CIA agent Everett K. Ross. Ross is injured when Killmonger attacks and T’Challa takes Ross to Wakanda to save him.

Eventually, T’Challa discovers that Killmonger is the son of N’Jobu, the late King T’Chaka’s brother. Killmonger kills Klaue and brings him to Wakanda. He issues a claim to the throne and challenges T’Challa to ritual combat. During this battle, Killmonger defeats T’Challa and throws him over a waterfall. Killmonger takes over the throne and prepares to send Wakandan weapons around the world.

T’Challa did not die when he was thrown over the waterfall. He was rescued by the Jabari Tribe because he spared M’Baku’s life during an earlier fight. T’Challa recovers and returns to Wakanda to fight Killmonger. As T’Challa and Killmonger face-off, the rest of the crew — including Nakia, the Dora Milaje, and T’Challa’s sister Shuri — goes head-to-head with W’Kabi and his army. M’Baku and the Jabari arrive to serve as back-up for T’Challa.

During their fight, T’Challa stabs Killmonger. T’Challa takes him to the waterfall where they once fought. Killmonger rejects any help to save his life. He tells T’Challa he wants to die a free man. In the wake of Killmonger’s death, T’Challa creates an outreach center where N’Jobu died. The first post-credits scene features T’Challa addressing the United Nations and revealing the truth about Wakanda. The second post-credits scene features Bucky speaking with Shuri after waking from his cryogenic sleep.

What’s In Store For ‘Black Panther 2?’

The Black Panther sequel was first confirmed in October 2018, just months after the release of the first movie. In 2018, Ryan Coogler revealed to ScreenRant that he was excited to explore T’Challa’s journey as a king. “I’d be really interested to see, you know, what kind of king he is with experience and how that affects his performance in the stories,” Coogler said at the time.

Marvel has not revealed how T’Challa’s absence in the wake of Chadwick’s death will be addressed in the sequel, but Black Panther star Lupita Nyong’o revealed that Coogler has “reshaped” the Black Panther sequel to honor Chadwick.

“His idea, the way which he has reshaped the second movie is so respectful of the loss we’ve all experienced as a cast and as a world,” Lupita told Yahoo in April 2021. “So it feels spiritually and emotionally correct to do this. And hopefully, what I do look forward to, is getting back together and honoring what he started with us and holding his light through it. Because he left us a lot of light that we’re still going to be bathing in. I know that for sure.”

In the Marvel comics, Shuri has taken on the role of Black Panther, and many fans assume that will happen in the sequel. Shuri “may take on a more prominent role” in the sequel, according to The Hollywood Reporter. However, Marvel has not confirmed any plot points yet.

Black Panther 2 will reportedly begin filming in July 2021. Production will start in Atlanta and last for 6 months. The movie, which officially titled Black Panther: Wakanda Forever, will be released on July 8, 2022. The sequel was originally supposed to release on May 6, 2022, with production starting in March 2021, but Chadwick’s death delayed filming. No one at Marvel knew of Chadwick’s battle with cancer at the time of his passing on August 28, 2020.

Who Will Be Replacing Chadwick Boseman?

Chadwick’s role as King T’Challa will not be recast for Black Panther 2, Disney confirmed in December 2020 during Disney Investor Day. “Honoring Chadwick Boseman’s legacy & portrayal of T’Challa, @MarvelStudios will not recast the character, but will explore the world of Wakanda & the rich characters introduced in the first film,” Disney tweeted.

Black Panther 2, opening July 8, 2022, is being written & directed by Ryan Coogler. Honoring Chadwick Boseman’s legacy & portrayal of T’Challa, @MarvelStudios will not recast the character, but will explore the world of Wakanda & the rich characters introduced in the first film.

During Disney Investor Day, Marvel Studios president Kevin Feige said, “To honor the legacy that Chad helped us build through his portrayal of the king of Wakanda, we want to continue to explore the world of Wakanda and all of the rich and varied characters introduced in the first film.”

Feige added that Black Panther 2 would not have a “CG Chadwick” either. “So much of the comics and that first movie is the world of Wakanda,” Feige told Deadline in January 2021. “Wakanda is a place to further explore with characters and different subcultures. This was always and initially the primary focus of the next story. We’re not going to have a CG Chadwick and we’re not recasting T’Challa. Ryan Coogler is working very hard right now on the script with all the respect and love and genius that he has, which gives us great solace, so it was always about furthering the mythology and the inspiration of Wakanda. There’s also the task of honoring and respecting the ongoing learnings and teachings from Chad as well.”

In the months after Chadwick’s death, rumors have swirled about who will take on the Black Panther mantle. After the massive success of Bridgerton, there was speculation breakout star Regé-Jean Page would be joining the sequel. He addressed the rumor during his Variety cover interview. “I spend a lot of time at the moment talking about what other people are saying about me, as opposed to anything I’m actually doing,” he said. Regé-Jean added, while also talking about those Bond rumors, “I can’t talk about which jobs I’m not doing, because I’m not doing them, [but] I’m very happy with the work I am doing. I’ve been a huge fan of the types of movies that the MCU has been putting out, that have made it possible to do the kind of work I’m doing now, both directly and indirectly.”

Original Black Panther cast members Letitia Wright, Lupita Nyong’o, Winston Duke, and Angela Bassett are expected to return for Black Panther 2, according to The Hollywood Reporter. The outlet also reported that Narcos: Mexico star Tenoch Huerta was in talks to “play one of the antagonists.” Black Panther director Ryan Coogler is returning to write and direct Black Panther: Wakanda Forever. Marvel Studios president Kevin Feige will also be back as a producer.

Martin Freeman confirmed in March 2021 that he would be reprising his role of Everett K. Ross. “I’m going to be speaking to Ryan Coogler soon about what shape that’s going to look like. I have no idea about the script [so] I don’t know what’s going to happen,” he told Collider in March 2021.

As for Danai Gurira, she will reportedly be returning as Dora Milaje general Okoye in Black Panther 2, according to Deadline. She is also expected to star in an upcoming origin spinoff series for Disney+.

Oscar-winner Daniel Kaluuya, who played W’Kabi, doesn’t know if he’ll be returning for the upcoming Marvel movie. “I have no idea. I speak to Ryan, I’m not gonna go, ‘Yo, [put me in the movie].’ He’s living his life and working hard,” Kaluuya told Jemele Hill in February 2021. “Whatever the story needs, you know? That [first movie] was a moment for us, and I don’t want to go like, ‘I’m trying to be in it just because I want it.’ It’s for us, I’m a fan.”

While Killmonger died at the end of Black Panther, Michael B. Jordan was asked about possibly returning for the sequel. “There’s always a love I have for those characters and Erik is definitely one of those that means a lot to me,” he told Entertainment Tonight. “So only if it’s the right thing and it’s impactful and if I could add something to it. If it means something then, yeah, I wanna be a part of that journey, you know?”