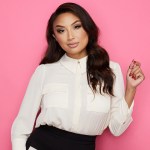 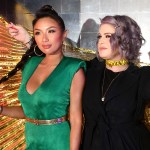 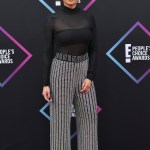 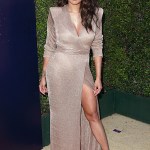 ‘The Real’ talk show host announced that she and her husband, rapper Jeezy, were expecting their first child in the season premiere of the show.

There’s a bun in the oven! Jeannie Mai Jenkins is pregnant with her first child! The 42-year-old TV host announced that she was expecting during the season eight premiere of her show The Real on Monday September 20. The star was incredibly excited to share the news with her co-hosts and viewers. Adrienne Bailon teased that the hosts were “expecting great things” in the talk show’s new season, before Jeannie made the announcement.

Jeannie explained that it was hard to keep her pregnancy a secret, before making the announcement on the show. “You could definitely say that our Real fam is growing,” she said, before revealing that she has a bun in the oven and standing to show off her baby bump! Jeannie pulled back her white coat to reveal that show the bump on the show, as her co-hosts cheered her on.

Jeannie, who’s been married to rapper Jeezy, 43, since March, called it “surreal” to announce the news on The Real, because she’d always sworn against having children in the past. “This is the same home that I said so many defiant things,” she explained. “I always said, I’d never be a mom, and there’s so many reasons now, coming to fruition as to why I would have say that then, but I do know, never say never, and love can really change you.” Jeannie had also opened up about having a miscarriage shortly before getting married to Jeezy in an interview with Women’s Health. “I wondered if I was being punished. I wondered if I’d jinxed myself or cursed myself,” she told the magazine. 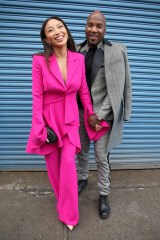 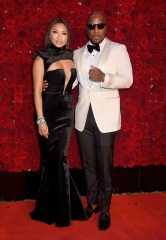 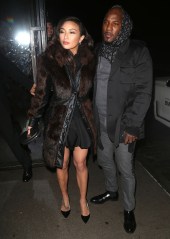 Besides her love for her husband, Jeannie also cited The Real as a part of why her view on having children changed. “I’m so thankful to be on the show, that’s really helped me to grow, and to evolve and to see myself differently than I would have ever imagined seeing myself,” she said.

Other than her husband, The Real star said she wanted to get a chance to celebrate with her co-hosts, who had been so supportive of her. “I gotta come home and tell the girls that have always accepted me at every stage of my life, have been through my ups and downs, and have always encouraged me to a place, where— I feel like you all individually always told me to that if I wanted to be a mom, I would argue with you,” she explained.