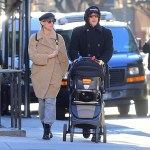 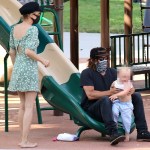 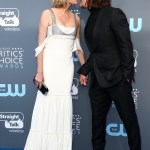 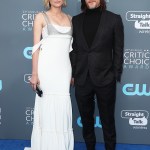 Diane Kruger was spotted wearing her gorgeous diamond while taking a stroll in Newport, Rhode Island, just a couple of weeks after it was reported she’s engaged to longtime love Norman Reedus.

Diane Kruger, 45, gave onlookers the first glimpse of her engagement ring on Sept. 11 when she was photographed taking a walk in Newport, RI. The actress, who is reportedly engaged to Norman Reedus, 52, was wearing a blue and pink floral print outfit and black sandals as she held her Louis Vuitton purse and phone and put her huge diamond on full display. Check out the pics HERE!

The beauty added white framed sunglasses to her look and had her long locks down as she looked down most of the time and didn’t pay attention to cameras. It’s unclear where she was going, but she appeared to be on a solo outing as her new fiance was nowhere in sight.

Diane’s latest outing comes after PEOPLE reported the engagement news on Aug. 26. The lovebirds first met on the set of the film Sky in 2016 and have been generally private about their relationship. They welcomed a daughter in 2018 but have yet to reveal her name to the public. When asked why she wanted to keep the name under wraps, Diane admitted it’s all about her safety.

“Well first and above all, it’s safety. We have The Walking Dead empire which has a lot of very intense fandomship that comes with it,” she told PEOPLE in Apr. 2019. “We had a couple incidences before her arrival that were not so fun to deal with and so my main concern’s her safety.”

She added, “And secondly, she is an innocent, young, vulnerable baby and I think I just don’t understand why America doesn’t have better laws for children.”

In addition to their daughter, Norman has a 21-year-old son Mingus from his relationship with his model ex Helena Christensen. Although Diane has no other children, she was previously in romantic relationships with French film actor Guillaume Canet, whom she was married to from 2001 until 2006, and actor Joshua Jackson, whom she dated for 10 years.