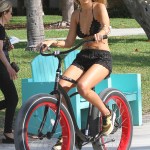 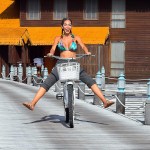 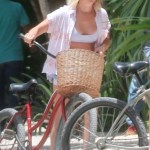 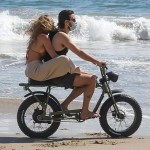 Miley Cyrus was a gorgeous sight to see on stage during her 90 minute performance at BottleRock 2021, where she sang some of her biggest hits.

Miley Cyrus, 28, made a lasting impression on day two of BottleRock 2021 on Sept. 4. The singer kicked off the event in Napa, CA by coming out on a stage in a silver bikini top and black pants before giving a showstopping 90 minute performance. Her blonde shoulder-length locks were down and she added jewelry to the look, giving off a little edge as she showcased her energy throughout the music-filled night.

At one point, she also had on half of a black top with a long sleeve and sunglasses, and the graphics on a screen behind her showed off bright colors that went perfectly with each song. Some of the tunes she sang included big hits like “Wrecking Ball,” “We Can’t Stop,” and “Nothing Compares 2 U.” There were also pyrotechnics that went off during the show as the audience loudly sang along with her. 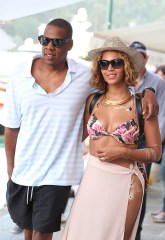 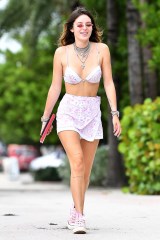 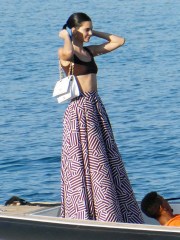 Some of the covers songs she included in her set were Blondie‘s “Heart of Glass,” Janis Joplin‘s “Maybe,” and Mark Ronson‘s “Nothing Breaks Like A Heart.”

The talented songstress told the crowd, “I’m so happy to see every single one of you” while explaining she hadn’t been able to tour for 18 months due to the COVID-19 pandemic, according to the San Francisco Chronicle. She added, “It felt like music was the one thing that kept us together when we had to be apart.”

Toward the end of the set, she further expressed gratitude for being there and having the music career she has. “I’m just so fortunate to call myself a musician and an artist, and I never want that to be removed from my life because it’s what fuels me,” she explained. “I want to thank you guys for giving me this platform to do what I love for the people that I love.”

Before Miley’s latest gig, she took to Instagram to share a series of new pretty pics of herself with her blonde hairstyle, which is reminiscent of hairstyles from other iconic powerhouse female musicians such as Joan Jett. “I like my men how I like my steak …. bloody & tender 🥩,” she wrote in the caption.