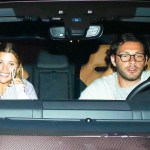 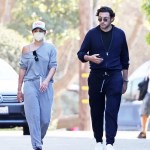 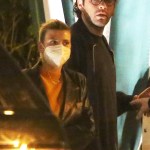 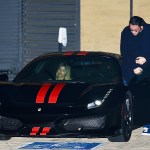 Sofia Richie is feeling the love on her birthday. The model turned 23 on Tuesday (Aug. 24), and received some sweet birthday wishes from not only her sister Nicole Richie, 39, but also from Nicole’s husband, Joel Madden, 42. Joel, who is known for being a part of the band Good Charlotte, celebrated his sister-in-law on her special day by sharing a few throwback family snapshots in an Instagram tribute. “Happy Birthday to my little sister @sofiarichie ❤️❤️❤️love you forever Sof❤️❤️❤️🥳🥳🥳,” Joel captioned the post.

Joel’s photos spanned from when Sofia was a young girl to today. In one snapshot, a young Sofia sported braided hair as she posed with Joel and Nicole, who started dating in 2005 and married five years later. Another photo showed the couple’s two children, daughter Harlow, 13, and son Sparrow, 9, with mom Nicole and aunt Sofia. Lionel Richie, 72, also appeared in one photo that showed the legendary singer posing for a group shot with his two daughters while all matching in pink sweatsuits.

Sofia was super appreciative of Joel’s post, and told her brother-in-law, “I love you beyond!” in the comments section. Lionel also enjoyed the walk down memory lane on his daughter’s birthday, writing, “Love this” with a heart-eyed emoji. Most adorable family ever! 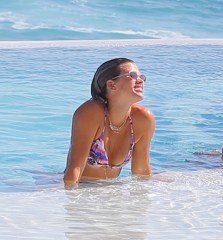 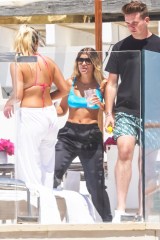 Sofia had a few more relatives wish her a happy birthday on Tuesday. Like Joel, Nicole shared a post that included various photos of her spending sweet moments with her younger siblings over the years. One snap even showed Nicole holding Sofia as a newborn! “Been loving you since day 1. Happy Birthday @sofiarichie,” The Simple Life star said in her caption, to which Sofia replied, “Omg ! This makes me want to cry.”

Meanwhile, Lionel had his own love-filled post geared up for his youngest child. The American Idol judge’s tribute similarly shared a series of throwback pics of him with Sofia as well as solo pics of her.“@sofiarichie It’s just so hard for me to believe that you’re 23! 😳 Happy Birthday little bird 🐣 I love you so much 🤎 We’re going to party Karamu, fiesta 🎉,” he wrote. Sofia also responded to his post with, “Love you daddio” and a heart-eyed emoji.