Nichole Richie took to Instagram to share a series of throwback photos of her and her family for her sister Sofia’s 23rd birthday as she sweetly admitted to ‘loving’ her ‘since day 1.’

Nicole Richie, 39, is showing her sister Sofia Richie some birthday love on social media. The television personality shared a post that included various photos of her spending sweet moments with her younger sibling, who turned 23 on Aug. 24, including one that showed her cradling her as a newborn. “Been loving you since day 1. Happy Birthday @sofiarichie 👵🏽,” she wrote in the caption for the post.

In addition to Sofia’s newborn pic, which also showed their dad Lionel Richie, 72, flashing a big smile, there were some pics of the sisters sharing memorable moments at various times in their lives. Some showed Sofia as a little girl and teen and others looked more recent. One also featured Nicole’s husband, Joel Madden, who is known for being a part of the band Good Charlotte, adorably posing with his wife and a young Sofia.

Once the post went public, it brought on a lot of comments from Nicole’s followers, including Sofia herself. “Omg ! This makes me want to cry,” she wrote. Some people sent birthday wishes while others complimented the awesome pics. “Beautiful sisters,” one follower wrote while another called the family “gorgeous.” 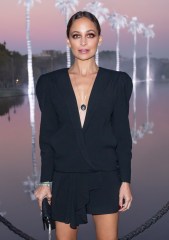 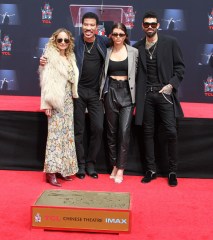 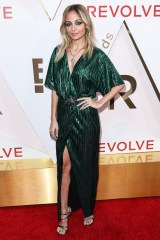 Nicole wasn’t the only one to wish Sofia a happy birthday online. Lionel also took to his Instagram to share a love-filled post for his daughter. “@sofiarichie It’s just so hard for me to believe that you’re 23! 😳 Happy Birthday little bird 🐣 I love you so much 🤎 We’re going to party Karamu, fiesta 🎉,” he wrote alongside a series of throwback pics of him with Sofia as well as solo pics of her. She also responded to his post with, “Love you daddio” and a heart-eyed emoji.

In the midst of all the birthday wishes from loved ones, Sofia took to her Instagram to share a cute pic (which can be seen above) of herself posing with some friends while wearing a gray hoodie that had “SOFIA’S TWENTY THREE” printed on it in yellow and pink sunglasses that had “HAPPY BIRTHDAY” spelled out on the top of the frames. “It’s going up… on a Tuesday! #23,” she wrote in the caption.