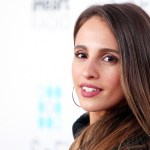 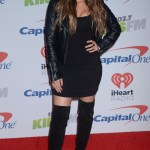 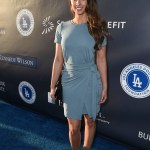 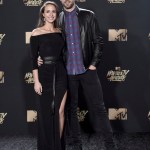 Congratulations are in order for Vanessa Grimaldi and Josh Wolfe! The couple tied the knot in an intimate ceremony in Canada ahead of the weekend.

Vanessa Grimaldi and Josh Wolfe are married! The Bachelor alum, 33, and her businessman beau, 35, have officially tied the knot in an intimate ceremony with family in their native Montreal, Canada on Friday, Aug. 20. Vanessa confirmed the news to PEOPLE and said she is “over the moon.”

“I’m over the moon!” she told the outlet. “Josh is the best partner to have in life and I feel so grateful.” Vanessa and Josh married at the boutique luxury hotel Le Mount Stephen, where guests were treated to a lasagna dinner at the reception afterwards — a delicious nod to Vanessa’s Italian heritage. The blushing bride wore a custom gown by Maria Arciero Design, while the groom wore a suit by Miguel Waxman.

Vanessa told the outlet that her custom lace gown was embroidered with “V” and “J” on the sleeves, to represent the happy couple’s initials. “I choose comfort above everything,” she said. “It hugs me in all the right places and I feel so confident in it.” She later gushed about her new husband, “I’m so excited to call him my husband. I know we’re going to be together forever.”

Vanessa announced the engagement last August. She shared a series of photos in an Instagram post of the proposal happening in real time at Porte Saint-Louis, a historical landmark in Quebec. “August 9th, 2020 will forever be my favourite DAY OF MY LIFE!” she enthusiastically captioned the post. “@jbrwolfe YOU ARE MY EVERYTHING AND I CANNOT WAIT TO BE FOREVER AND EVER WITH YOU!” 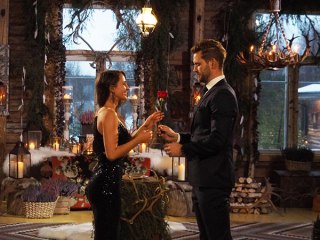 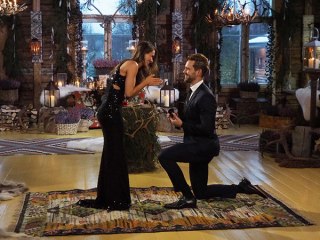 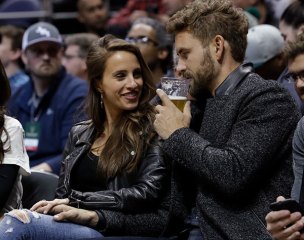 The nuptials come four years after Vanessa’s split from her former fiancé Nick Viall in 2017. The two, who got engaged on the Bachelor season 21 finale in March of that year, split about five months after their televised engagement in August 2017.  “It’s with a great amount of heartbreak for the both of us as we have decided to end our engagement,” the couple told HollywoodLife in a joint statement at the time. “We gave this relationship our all and we are saddened that we did not get the fairytale ending we hoped for.”

Last September, the exes reunited on Nick’s Patreon series Nick V Talks Trash TV: A Bachelor and His Exes Tell All and candidly addressed the split. “We just weren’t able to match or meet each other halfway, although we thought we were,” Vanessa said, with Nick adding, “We would always hear, ‘Everyone fights while it’s airing, everyone does. Once the season’s over, it’s going to get better.’ And it just didn’t for us.”