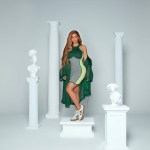 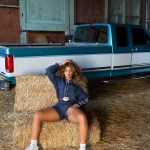 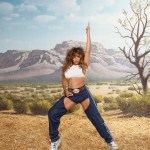 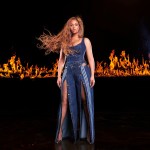 Giddy up: Ivy Park shared new snapshots of Beyoncé in pieces from the athleisure brand’s upcoming Rodeo collection with Adidas — and, as always, the photos do not disappoint. The “Formation” singer, 39, modeled a regal royal blue legging set with mesh detailing on the posts shared on Instagram on Tuesday, Aug. 17.

Beyoncé finished the look with a floor-length windbreaker in the same hue and accessorized with a cowboy hat and fierce face veil with fringe. The Grammy Award winner has been taking cues from country singer Orville Peck — who also stars in the official campaign for Ivy Park Rodeo  — with the distinctive face accessory. Orville, who keeps his face and identity concealed with his signature face mask with fringes, has been rocking the accessory long before COVID-19 times called for the covering.

Beyoncé finished the entire look with Adidas sneakers with the quintessential three stripes in the same regal blue color as she posed against the backdrop of some hay for the series of new photos shared on Tuesday. The Ivy Park Rodeo collection will drop on August 15 on Adidas’ website and August 20 in select global stores.

Just call the upcoming collection a family affair, as Beyoncé’s daughter Blue Ivy, 9, and twins Rumi and Sir, 4, whom the singer shares with longtime husband JAY-Z, also make appearances in one of the new campaign videos. The trio model pieces from the line, including purple and brow cow-printed pants and children’s versions of Beyoncé’s blue sets above, in a new ad shared just last week. 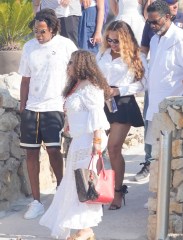 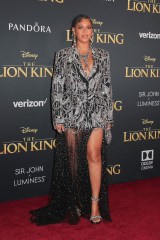 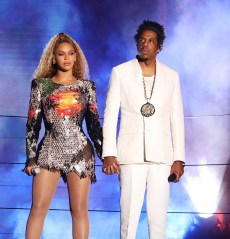 The new campaign photos come after fellow music royalty Barbra Streisand once again expressed her desire for the Black is King star to have headlined the 2018 A Star is Born remake. During an interview with the Australian talk show The Project on Sunday, Aug. 15, Barbra lamented that the latest version with Lady Gaga and Bradley Cooper was simply “the wrong idea.”

“At first, when I heard it was going to be done again, it was supposed to be Will Smith and Beyoncé, and I thought, that’s interesting,” Barbra said. “Really make it different again, different kind of music, integrated actors, I thought that was a great idea. So, I was surprised when I saw how alike it was to the version that I did in 1976.” While she “can’t argue with the success” of the 2018 version, Barbra mused, “I don’t care so much about success as I do originality.”