It’s spaghetti strap and mini dress season — just ask Denise Richards, who effortlessly rocked the summer look in a series of photos shared on Instagram on Friday, Aug. 13. The actress and former model, 50, stunned in a floral spaghetti strap dress while soaking in that good ole’ California sun.

“Summer is my favorite time of year,” Denise captioned with a sun and palm tree emoji. “love it so much. Even though the sun always shines in California pretty much, its that summer lovin energy. Enjoying the last few weeks… and my go to is always a sundress(or jean shorts and a tank).” The former model struck her best poses in the grass in the series of snapshots.

The former Real Housewives of Beverly Hills star has been documenting her best summer outfits on Instagram. Denise previously showed off her stylish denim shorts with prints of florals on it while in Malibu. In the caption, she echoed her love for the season. “My favorite time of year,” she wrote of summer. “Conference calls outside of hubby’s center & I’m lucky to be able to take in the beautiful summer sun.”

The star is married to Aaron Phypers, a light and sound therapist who was also featured in RHOBH. (Denise was also previously married to actor Charlie Sheen. The exes share children Sam, 17, and Lola Rose, 16, together. Denise is also mom to adopted daughter Eloise Joni, 10.)

Last year, Denise announced her departure from RHOBH after two seasons on the reality TV series. She explained the decision while on The Real in September 2020. “I had a great first season. The second season was challenging,” she said. “I just thought it was the right time for me to go and to just keep focusing on the other projects that I have. I had a great time. I will always be a fan and I will continue to support the show.” 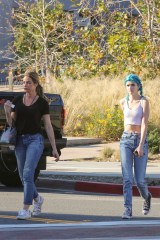 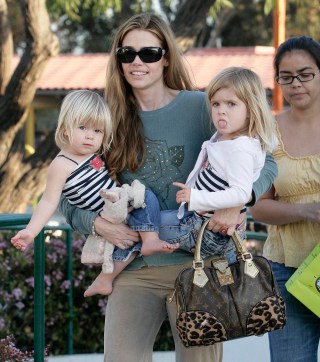 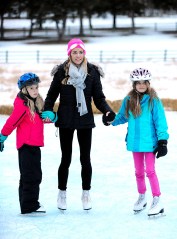 A source previously told HollywoodLife that it wasn’t a “hard decision” for Denise. “She wants to spend more time focusing on acting and with her family,” the source told HL. “It really wasn’t a hard decision for her to make. She didn’t like doing it anymore so she walked away, but the show did want her back. It just became too much and it wasn’t fun anymore.”