Rihanna is living her best life, and we love what we’re seeing. Just take a look at these new photos of the singer eating caviar in bed… for breakfast.

Rihanna‘s day started in the best way possible on Aug. 10. The singer proved that when she posted a series of photos of herself eating caviar in bed. “How I woke up after #FENTYPARFUM sold out this morning!!!,” she captioned the shots seen below.

While rocking braids and wearing some pretty cool sunglasses, Rihanna, 33, celebrated the fact that her new perfume sold out in less than 48 hours. That’s pretty impressive, but we never expected anything less from Rihanna, who was recently named a billionaire by Forbes magazine.

In the clip, which you can see here, Lil Nas X says “Rihanna” is his favorite smell. And Jennifer says the singer’s “really soft skin” is the scent she enjoys since Rihanna smells “really good.” Jim also raves about Rihanna’s scent while appearing on The Ellen DeGeneres Show, saying her scent reminds him of “heaven”. Sounds pretty incredible to us — it’s no wonder the perfume sold out so quickly. 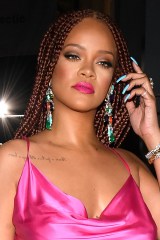 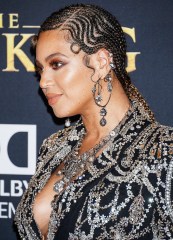 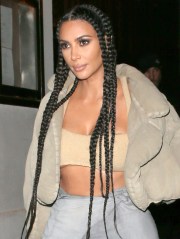 Rihanna first announced the launch of Fenty Beauty’s first perfume, which currently sells for $120, on August 8, when she took to Instagram and shared a video of herself in nature. “We’re fucked up most of the time,” she says. “And it’s not because we want to be that way. It’s because we’re dealt the hand — and guess what? We don’t run from it. We deal with it. So you wan’t me to tell you how a woman’s supposed to smell like?” Rihanna declared, “However the fuck they want to feel.”

Rihanna’s new scent has notes of magnolia, musk, tangerine, and blueberry with hints of Bulgarian rose absolute, geranium, and patchouli.