Matt Damon just wants his BFF Ben Affleck to be happy. The Golden Globe winner, 50, recently joined his longtime friend, 48, and Jennifer Lopez at a private beach in Malibu over the weekend. The trio were all smiles during their summer stroll on August 8, and now, sources close to Matt and Ben have opened up to HollywoodLife about Matt’s true feelings on Bennifer 2.0.

No surprise here, but the actor is a supportive bestie. “Matt wants nothing but the best for Ben,” a source told HL. “They are friends forever and talk about everything. Matt knows what makes Ben tick, and he is happy with it all because Ben is clearly happy.” The source added that Matt thinks J.Lo, 52, is great. “When it comes down to it all, Matt is going to be there for his friend and hope for the best.”

The source added that the duo aren’t exactly chatting about their relationships during their get togethers. “When they talk [it’s usually] about the Patriots and the Red Sox. Matt’s only playful thing he mentions to Ben [about] Jen is that she is a Yankees fan. That’s the fun they have with it all. Matt is happy but he isn’t making it the focus of his relationship with Ben.”

Matt Damon -- Pics Of The Actor 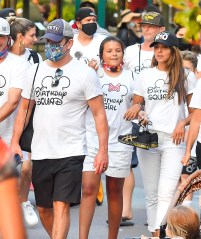 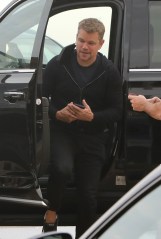 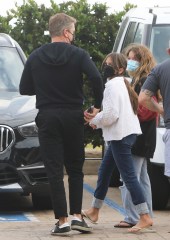 A second source noted that the Good Will Hunting actor has known J.Lo for years, given Bennifer’s first stint in the early 2000s. “He knows their dynamic well and has seen their relationship come full circle to where it’s at now,” the source said. “Matt couldn’t be happier for them, and he thinks Jen compliments Ben really well. Matt fully supports their relationship and he’s happy as long as Ben is happy.”

Matt, for his part, has been vocal with his support. In May, when news broke that Bennifer was back on, the actor was asked about his thoughts on the re-coupling while on TODAY. While he remained relatively mum, he offered words of support nonetheless: “I love them both,” he said. “I hope it’s true. That would be awesome.” Last month, Matt offered a much more decided response while speaking with Extra. “I’m just so happy for him,” he said of his BFF. “He’s the best. He deserves every happiness in the world. I’m glad for both of them.”