Nick Jonas, 28, and Priyanka Chopra, 39, have stepped out in London, after recently celebrating the three-year anniversary of Nick getting down on one knee. The couple were spotted leaving Crown London Aspinalls Casino around 4am on August 5, after enjoying a romantic date night at Amazonico restaurant in Mayfair. The Jonas Brothers hitmaker held onto the actress’ hand as they left the private gaming club, looking very chic. 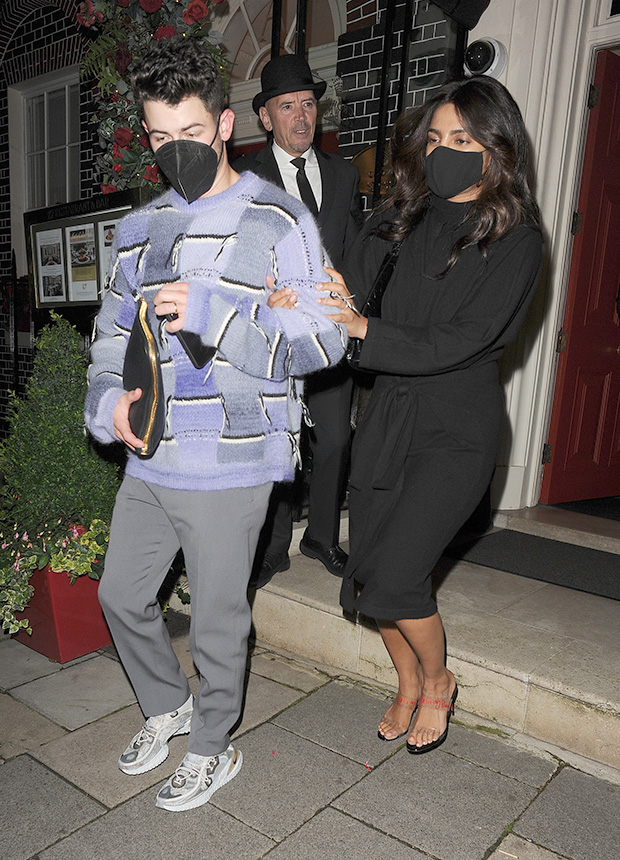 Nick donned a pair of grey trousers with a unique, patchwork blue sweater, and kept it casual with a pair of grey sneakers. Meanwhile, his gorgeous wife stunned in a long black dress, which she paired with transparent-strapped Christian Louboutin heels. Priyanka styled her long, brown tresses in a wavy ‘do, which fell just below her shoulders. Both she and Nick also wore protective face masks amid the ongoing COVID-19 pandemic.

It’s hard to believe it’s already been more than three years since the pair got engaged! They celebrated the milestone on July 19 by sharing never-before-seen photos from the singer’s romantic proposal in Greece. “My everything.. 3 years today. Seems like a blink and a lifetime at the same time. I love you,” Priyanka captioned a photo of a sweet moment they shared after he presented her with her Tiffany & Co. ring. Meanwhile Nick simply wrote, “3 years ago today”, alongside a photo of the couple enjoying an oceanfront dinner together. 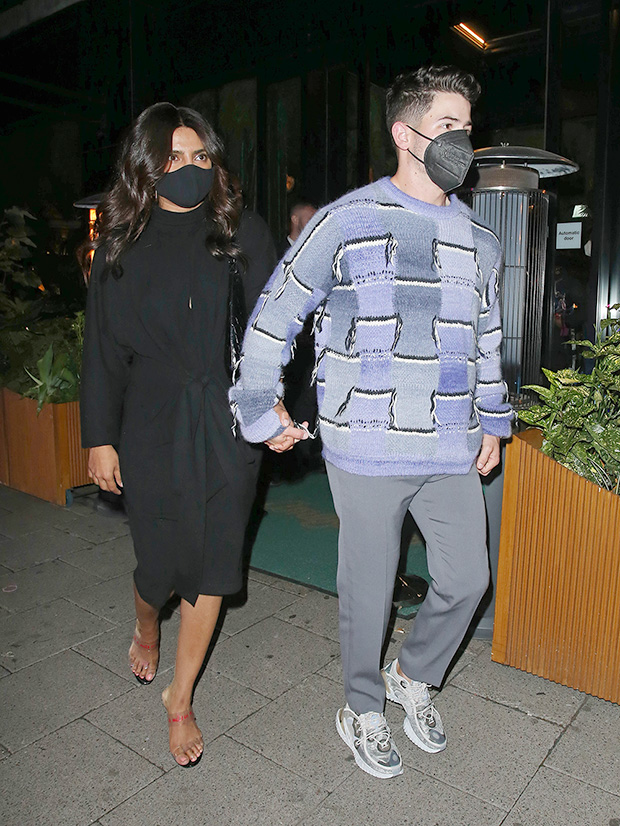 “Looking like a Disney boi,” one follower commented, while another wrote, “nate gray from camp rock is that you?” referencing his character from Camp Rock, which he starred in alongside Joe Jonas and Kevin Jonas.