‘3 years ago today’ Nick Jonas and Priyanka Chopra got engaged — and now, they’re sharing never-before-seen photos from his proposal.

We can’t believe it’s already been three years since Nick Jonas, 28, and Priyanka Chopra, 39, got engaged, but it has. And they celebrated the milestone on July 19 by sharing never-before-seen photos from the singer’s romantic proposal in Greece.

“My everything.. 3 years today. Seems like a blink and a lifetime at the same time. I love you,” Priyanka captioned a photo of a sweet moment they shared after he presented her with her Tiffany & Co. diamond. As for Nick, he simply wrote, “3 years ago today”, alongside a photo of the couple enjoying an oceanfront dinner together.

As fans should know, Nick and Priyanka went on to get married in an extravagant, multicultural ceremony that December — only several months after they first started dating. But their engagement will always hold such a special place in their hearts. Especially because it came one day after Priyanka’s birthday.

In 2018, Nick told Vogue that he purposely waited until after midnight to propose to Priyanka so they wouldn’t face any potential conflicts in the future. “I got down on one knee, again, and I said: Will you make me the happiest man in the world and marry me?” he said at the time. “No joke—she took about 45 seconds. Forty-five seconds of silence.” 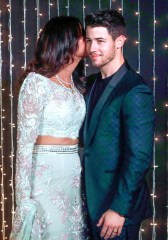 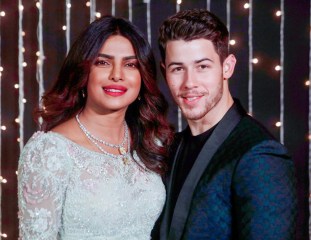 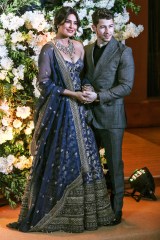 Obviously, she said yes, they’re now married, and kids may be next for these lovebirds. While speaking with Apple Music’s Zane Lowe in July 2020, Nick said he was ready to become a father. “That is certainly something we’re both looking forward to,” Nick said when discussing parenthood. “And know that it’ll happen when it’s supposed to, and we’re ready for that.”