Ahead of hometown dates on season 17 of ‘The Bachelorette,’ Katie Thurston was thrown for a loop when one of her final four men left the show on his own accord.

Single dad, Michael Allio, was left in a tough predicament on the July 26 episode of The Bachelorette. Michael made Katie Thurston’s final four, which meant he was going to get to bring Katie to his hometown to meet his family. However, going into this very important week, the widowed father started having some second thoughts about whether or not he was ready to take things to the next level with Katie.

Michael started out hometown week in a good place following an important conversation with Katie during the July 19 episode, where she promised that she wanted to be part of his son, James’, life. “Last week, Katie answered all these questions that literally had been burning in my brain since the second I got here,” he said. “She lives in Washington, I love in Ohio. I’ve got a child. She doesn’t care. She wants to be part of that. I left there just on cloud nine, and for her to meet my parents…I’m so excited.”

'The Bachelorette' Cast: Meet The 29 Men Vying For Katie Thurston's Heart In Season 17 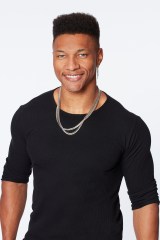 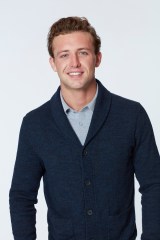 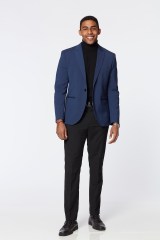 Meanwhile, Katie was equally as excited after that conversation. “I feel so strongly about him that I want [his parents] approval,” she admitted. “He’s been a good husband, he’s a good father and that’s really all I’m looking for. I just picture parenting James together. By choosing Michael, I also become an instant mom, and that’s something that’s really exciting for me. He’s built something already and all he’s missing is me.”

A tough conversation with James starting messing with Michael’s head, though. “James basically asked me, ‘Why don’t you want to see me anymore?'” Michael explained. “It just scares me to death. He’s the only certain thing in my life. I miss him so much. It’s breaking me that I’m here when he’s thinking that. We’ve gone through everything together. To go through losing a mother, I don’t want him to ever think that he’s not enough. It’s a lot. I feel conflicted. I feel guilty. I feel selfish. I don’t know what to do. I knew this road would be painful, and pain is something I can take. But when it starts to affect my son, that’s when everything changes.”
Michael paid a visit to Katie’s room to explain why he was starting to feel uncertain. “I know this is an insanely important week,” he told her. “It’s something you’ve been working so hard to get to and something I’ve been looking forward to the second I met you. When I came here, I was skeptical about the whole thing, but I had a gut feeling because of you and I was right. Our one-on-one date was, like, the greatest. But something happened which kind of changes things for me.”
He opened up about the tough time he’s been having away from his son. “I can’t focus on anything else,” Michael admitted. “With hometowns coming up, I feel like it’s wrong for me to give you half of what I could be. It kills me because I see so much with us. My decision to leave hurts you, too.” Katie admittedly “did not see this coming,” and broke down in tears.
“I saw us going to the end,” she said. “Which makes this really confusing for me right now.” Michael assured Katie that he wasn’t leaving because of her, but because “[his] son needs his dad.” In the end, Katie was understanding of the decision. “I get it,” she revealed. “You’re a good dad. As selfish as I wanna be and I want to beg you to stay, I just know that’s not an option. I really know that’s not an option.”
Afterward, Katie cried as she mourned the end of her relationship with Michael. “It’s hard because we were so close to the end,” she admitted. “It just doesn’t feel right. Our connection is still there and our connection is unexplored. It’s just hard to know the impact of him leaving right now. Michael is someone I saw myself walking away with. I knew what my life would be if I chose Michael and that was a life I wanted. I know his decision is the best decision for his family, but right now in this moment, it f***ing hurts. In this moment, I am mad, I am sad. All I’m looking for is to be in love and find my person, and it’s very possible that my person just left.”

Now, just three guys remain hoping to win Katie’s heart and be her final pick– Greg Grippo, Justin Glaze and Blake Moynes. With the Men Tell All taking up the remainder of the July 26 episode, we’ll have to wait and see what happens on hometowns next week (Aug. 2).