Blake Moynes made quite the entrance during ‘The Bachelorette’ season 17, and he captured Katie Thurston’s heart. Now they’re engaged!

Blake Moynes, 30, and Katie Thurston, 30, are headed down the aisle! The couple got engaged in the final moments of The Bachelorette season 17 finale. During the After the Final Rose special, Blake and Katie confirmed they are still very much in love.

Blake made his official return as a cast member on season 17 of The Bachelorette during the show’s July 5 episode. Right away, Blake and Katie developed a lasting connection. HollywoodLife has 5 key things to know about Blake, including his past on another season of The Bachelorette.

1. What Happened To Blake On ‘The Bachelorette’ Season 16?

Blake came to The Bachelorette in hopes of getting engaged to Clare Crawley. He was so invested in a potential relationship, in fact, that he broke the show’s “no contact” rule and reached out to Clare via Instagram when filming got delayed due to the coronavirus quarantine. Blake asked Clare how she was doing while being away from her mom in quarantine, and she was touched by the gesture. 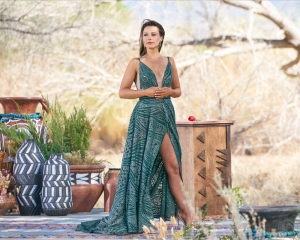 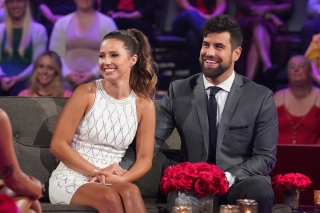 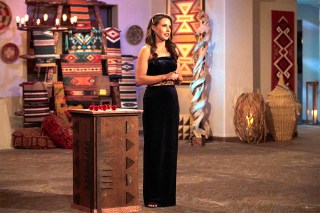 However, just two weeks into filming, Clare fell hard for another contestant, Dale Moss, and realized she had no reason to continue on her journey as the Bachelorette. She and Dale got engaged and left the show, but there were still plenty of men left hoping to find love. That’s when Tayshia Adams was brought in as a replacement Bachelorette. Blake fell for Tayshia, as well, and continued on the show until week nine before he was eliminated.

2. What Does Blake Moynes Do For A Living?

Blake is a wildlife manager in Ontario, Canada, according to his ABC bio. His love of animals led him to study “every wildlife management program he could get his hands on” in college. Now, he works outdoors, while also volunteering with a different endangered species every year. His Instagram page is full of photos of himself with various animals, including his dog, who he rescued.

3. Katie & Blake Spoke Before ‘The Bachelorette’

Before this season of The Bachelorette, Katie confirmed that she had spoken to Blake prior to filming. Their conversation seemingly happened after Katie’s elimination from Matt James’ season of The Bachelor in early 2021. “I definitely knew who he was, which was also Tayshia’s ex-boyfriend, so that’s weird,” Katie explained. “We had chatted before. Usually, what happens, is, like, the guys will reach out to the women once they’re eliminated and be like, ‘Good luck, you did great.’ Like very generic, you know And so to see him, I was like, ‘Why is he here?’ Like, ‘What’s happening!?'”

Blake’s Instagram page is full of photos of himself partaking in outdoor activities, like fishing, boating, feeding wild animals, and more. Interestingly, Katie is also a fan of the outdoors and has talked about how she grew up going camping and spending time in the wilderness with her father before he passed away. Her first one-on-one date of the season was even outdoors-themed!

Blake admittedly has a “potty mouth” and said he’s looking for a woman who will be “okay” with that. However, he also is happy to talk about his emotions and says he “wears his heart on his sleeve.”